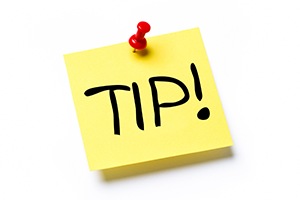 Disclaimer: I’m only a senior. I barely know what’s going on in my life, let alone the college admissions world. These are just my thoughts based on my experience in the 2018-19 college admissions cycle, ones which may or may not be useful in the coming years. I am also not a trained college advisor. If you have any real college questions, Ramaz has a lovely college office on C which can answer any of your questions much, much better than I even could.

This should be obvious, right? But let’s be real, we’re all teenagers, so when it comes to writing that English paper due next week or watching one more episode of that TV show, we’re going to choose the latter. And that’s usually OK – the English assignment can be done at the last second, albeit maybe not as well as it would have had you started it earlier. But in the college admissions world, deadlines are deadlines, and if October 31st comes and you’re writing a “Why Brandeis” essay from the bathroom at a Halloween party, you’ve got a problem. (Several problems, in fact, but I’m not going to expand on most of them.) The most important part of the college process is thinking ahead and planning. Some people are naturally good at this; others need a push. If you’re the type of person who has trouble mapping out a path between A and B, find someone who is. If you don’t have a close family member who will help you, reach out to the college office. Sit down with your advisor and ask them to help you make a list of what steps are lying ahead of you, and exactly what deadlines you’re going to need to make. And meet the deadlines. Tell yourself that they’re due a week before they actually are if you need to trick your brain into completing them.
Step Two: LISTS. SO MANY LISTS.

Again, obvious. But this is one of those things people just don’t do because they’re scared or embarrassed or they forget. No question is too obvious in the college application process, because if you miss one step, you could be utterly and royally screwed. Make sure you’ve asked your advisor when all your apps are due; what materials you need to submit; who, of your teacher recommendations, has yet to submit, and so on, so forth. Some colleges have weird unofficial deadlines that are not actually deadlines but you should probably meet them anyway (cough cough, Harvard). Ask about those. Ask if the school you’re applying to has a Hillel or whatever minimum level of Jewish life you require. Ask if they have a core curriculum. Ask how big they are. Ask if there’s going to be a bajillion-page senior thesis, then ask yourself if you’ll be willing to write that. Ask if they require SAT II scores. Ask if they take demonstrated interest into account. (Ask what demonstrated interest is, if you don’t know.) Keep asking until you feel you could adequately draw up a compare/contrast list between all the schools you’re considering, and then ask a few more questions. Just in case.

I cannot stress this point enough, even though it’s the cheesiest thing and it’ll be repeated to you a million times over before the college process is done. There are schools you’ll viscerally hate even though you are “supposed” to apply there, and school(s) you’ll just love. This sort of reaction when you walk onto a campus is okay, and it’s okay if the schools you hate are the schools your friends love (and vice versa, for that matter.) Not every school is for everyone, and not every school is the same. I used to see the Ivies as one bloc of schools, the only difference being their locations, but actually visiting showed me how different they all are. In my opinion, nobody should be applying to Brown and Columbia; those are two polar opposite schools appealing to two very different types of people. It doesn’t mean that one is worse than the other – it just means that one might appeal to you, and the other might not. Don’t waste your time or your energy on schools you know won’t work out, since that only goes one of two ways. You could get in, then decide you didn’t want to go there anyway, in which case the entire exercise was a waste of time, or you could decide to go there because it’s your “best” (read: most prestigious) option, in which case you might end up there and be miserable. I know people who have experienced both things.

Of course, the flip side is also true. There are schools that you’ll absolutely fall in love with from Day 1. Apply there. Obviously, there are constraints. Your ability to get in, financial aid, Jewish life… there are a million boundaries which might keep you from the Right SchoolTM. That doesn’t mean you shouldn’t try. Be realistic, but make sure that you’ve found a place you’re thrilled to apply to. I remember calling up my friend after having visited the Right School for Me, so excited I could hardly think straight. It happened to be that that friend had also visited her Right School that same weekend and was equally thunderstruck, so that conversation mostly consisted of us ranting to each other in incoherent English about how we had just fallen in love with our schools. I promise – it’ll happen to you too.

APPLY EARLY. That’s all I have to say about that.

Okay, that’s not true, I always have more to say. But that’s the bottom line here. If you’re looking to get into a reach school, don’t put it off. There’s no good reason to. It’s infinitely harder to get in in the regular decision round, so early is anyone’s best shot. The excuse that you’re still taking standardized testing isn’t strong, either, because you should really just submit what you have and take a shot – there’s literally nothing to lose. Another little secret: you can only apply to one place with restrictive early decision/action (Sorry, overachievers. It’s Harvard, Princeton, Stanford, or Yale), but you can still apply to many schools with non-restrictive EA! This is very exciting news! Take advantage of it. UChicago, Michigan, and Boston College are a few good examples of potential EAs, as well as many state schools. Make sure you have a solid safety on that list and try to have it locked down as early as possible, since it’ll really ease your anxiety. And, if you don’t get in to wherever you choose early decision, to be accepted to at least one EA will be at least a small victory for you, and sometimes that’s necessary.

Actually applying is confusing, overwhelming, and often downright frustrating. Sometimes it feels like the Common App doesn’t actually want you to apply. The important thing is to give the application the time it deserves and treat each question as equally crucial, lest you accidentally skip one or answer the wrong thing. The Common App has, of course, its personal essay, which most people spend the majority of their time and energy perfecting. Don’t get me wrong – it is important, but it’s not the only one that matters. Supplementals are also key. It’s your chance to show each school that you’re interested in them and understand what makes them unique. Don’t rush through them, and make sure they adequately answer what the prompt is looking for. For the “Why [Insert School]” essay, make sure it’s more interesting than “I liked the campus,” or something that can be read straight off the admissions website.

Then there’s that extracurricular list. Your goal here is to make yourself seem more interesting than you actually are. I’d never advocate lying, but presenting the truth in an advantageous light can only work to your favor. List your most interesting club/highest leadership position first, and work your way down from there. You only have limited space, so try your best to emphasize any accomplishments/projects/responsibilities you’ve had in the club instead of trying to describe what the club actually is. That’s usually self-evident in the name.

If you don’t know what college confidential is, good. You’re on the right track. If you do, well, then this message is directed at you.

Ramaz already has a stressful and competitive environment, one which intensifies when it comes to the college process. Instead of each student trying to get into their college of choice, it often feels like a horse-race for the same five to ten schools. The most important thing is to keep yourself out of the competitive mindset. If your friends want to tell you where they applied, good. Cheer them on. If they don’t, leave them alone. Pressuring people into sharing stats, essays, or any other form of college material is not only disrespectful to them – it often comes back to hurt you. You begin to get into the mindset of “Well his SAT was 20 points higher than mine, so he’s going to get it,” or “Her essay was soooo much better than mine,” and then you spiral deep into a hole of stress and self-doubt which is very difficult to escape. Once you’ve submitted your apps, take a deep breath and let go. There’s nothing else you can do until results come out anyways.

And of course, always remember that college isn’t the end of the world.