A Recap On The Spring Sports 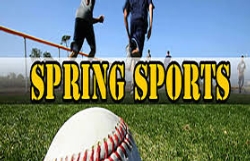 Ramaz is widely known for its academic excellence, with less emphasis on its sports teams. However, this past sports season Ramaz sports teams have acceled on all levels. There were seven sports teams that competed in the Yeshiva League High School League. Those teams included: Girls and Boys Tennis, Girls and Boys Soccer, Girls Hockey, Boys Volleyball and Boys Baseball.

Boys tennis had multiple victories this season, namely against SAR, MTA, Frisch and TABC. At all these games the team swept winning all 5-0.  The team held great fights even for the matches they lost, losing both by only one match. These wins helped propel them into the playoffs where they played Flatbush. With a nail biter game, Flatbush won 3-2, ending the Ramaz Boys Tennis Team 2019 season. The captains this season were Isaac Sarao and Daniel Levy.

The girls tennis team has had a very successful season as well. . The team came first in their division with a record of 5-0. The teams captains were Rebecca Douer and Alex Doppelt. The team’s first single player was Samantha Grossman followed by Lauren Lepor and Sophia Kremer and the first doubles was Gabby Schwartz and Olivia Sakhai followed by Talia Halass and Rebecca Douer. The team’s toughest game was their first game of the season vs SAR. The Girls team lost to SAR last year, making them nervous about facing them this year as their first game of the year. In a turn of events, the girls team defeated SAR and won all five matches that night taking home the win. The team played North Shore in the Semi Finals, but lost 3-2. With many returning players next year, the girls tennis team hopes to continue their path of success.

The Girls Hockey Team has had a very exciting season making it all the way to the championship!! Finishing fourth in their league, with a record of 4-4, it was not certain that they would make it to the playoffs yet alone the finals! The teams captains were Danya Jacobs and Abigail Jacob. Their journey to the finals was filled with a lot of excitement as well as hard work to persevere to make it this far. Their most exciting regular season game was against Heschel were for the first time in seven years Ramaz defeated the undefeated Heschel! Their playoff game vs North Shore resulted in a win during an overtime shootout! The teams most exciting game was the semi playoff game against SAR that ultimately led to their spot in the finals. The game was tied 0-0 in the third period and then Ramaz scored a goal leaving the end score 1-0 Rams! The team is playing Heschel in the champion and hopes to bring back a banner to the gym as well as the title of Girls Hockey Champions.

The boys baseball team is currently having a great season ending the regular season as first in their division and heading to the playoffs as first seed.  Their record from the regular season was 6-2. The team’s toughest competition was TABC to whom it lost by a large margin. Its best game was against Flatbush in which they swept them 7-0. The Team’s most intense game was against HAFTR. The team expected an easier win however the whole game was close. Luckily Ramaz pulled out the win by one run. Simeon Dicker ’21 said, “ It was my first year playing on this team and it was a lot of fun. I was nervous at first to play with and against upperclassmen. However, I have made great friends in different grades and am really happy with the bond we created as a team despite the age differences.”

The boys volleyball team ended up making it to the finals! With a record of .500; 4-4 in the season and third in their division, the odds were not in their favor to make it to the championship. The teams captains are Nathon Haron, Jacob Bengualid and Jeremy Ascher. The boys in the first round of the playoffs played Flatbush. After losing to Flatbush in the last regular season game, a second loss against Flatbush in the playoffs seemed probable. However, the odds turned in the boys’ favor, and the volleyball team beat Flatbush in four sets. Their second playoff game was against SSLI and resulted in another great win leading the team on the path to the championship. The team is making their way to the finals yet again and hopes to return as back-to-back champions.

The boys soccer team finished fourth in their division with a record of 4-3-1. The teams captains were Jake Amaltov, Noe Horowitz and David Rahabi. Jake Amaltov was the team’s leading scorer. The team’s toughest competition was MTA. However, their most exciting game was versus their toughest competition in which Ramaz was missing half their team and was potentially facing the mercy rule. Yet, with one goal scored the team was able to continue playing through the fourth quarter where five more goals were scored leaving Ramaz to lose by only one goal in a score of 13-14. The team had a great game against Heschel in which they won 14-4. The Boys Soccer team did not make the playoffs and looks forward to further advancing next year.

The girls soccer team had a solid season as well. The team’s captain was senior Lara Lancman, who was also the leading scorer. The team finished fourth in its league with a record of 4-4. The team had its biggest blow out against Westchester where they beat them 8-0, while its most intense game was versus SAR. Down by a couple of goals, the team was able to catch up and maintained a tied score for the last few minutes of the fourth quarter. Ultimately, the team lost 11-12, but this was their most competitive game and a large improvement from their first game with SAR, where they lost by four. The team made it to the playoffs but lost to North Shore. Lancman ended the season by sharing these words with her team, “I’ve never looked forward to anything related to school as much as this. I love this team! I hope everyone had as much fun playing as I did. I had a great season all together!”

As a whole, Ramaz spring sports had one of the most exciting seasons yet, with majority of the teams finishing toward the top in their division, making it to the playoffs, and some even to the finals!! We hope that next year all teams reach success and can bring home banners to fill the gym! Good luck to the boys baseball team in the playoffs and the girls hockey team as well as the boys volleyball Team in the championships. GO RAMS!