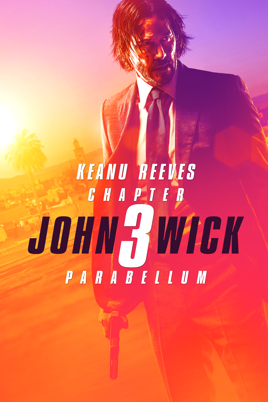 In the third installment of the adrenaline-fueled action franchise John Wick, directed by

price on his life, and a multitude of bounty-hunting murderers after him. John is on the run

because he broke a tremendous rule which was- killing on the grounds of the Continental Hotel.

After John killed a member of the international assassin’s guild, the High Table, he is given an

hour by the Continental’s manager, Winston, before he is labeled ‘excommunicado’.

cut off from all other members of the association. Without any help, he is tasked with finding a

way to escape the world’s most ruthless hit men at every corner. John kills his way out of New

York City and ends up in Casablanca, Morocco.

he finds out what he needs to do in order to gain his freedom back. He tells him to go to the

desert and walk until he can’t walk anymore, and then walk some more and the head of the

association, the only man that can grant him his freedom will find him. Eventually, John finds

the head of the organization and has to pay a big price for his freedom. He is forced to cut off his

own ring finger and kill the manager of The Continental, his friend. In the end, he chooses

loyalty to Winston and fights off every man from the High Table who comes to kill him. After a

major plot twist, Winston shoots John and he falls from the roof. When going to make sure he’s

dead, John is nowhere to be found. We are left on a page turner in which John Wick joins forces

with the powerful disgraced member of the High Table, ‘The King of the Bowery’. We’ll have to

wait for part four to see if this new duo comes out on top.

The storyline of this movie was sometimes lost in the extreme violence. It seemed a bit

redundant to have fight after fight of John killing hundreds of men. It could have been better if

made with a bit more going on rather than just John figuring out creative ways of killing people.

Actor, Keanu Reeves did a lot with his minimal dialogue character, and really portrayed his

anger. Overall, the movie gets an A+ for action, but only a C for actual story development.