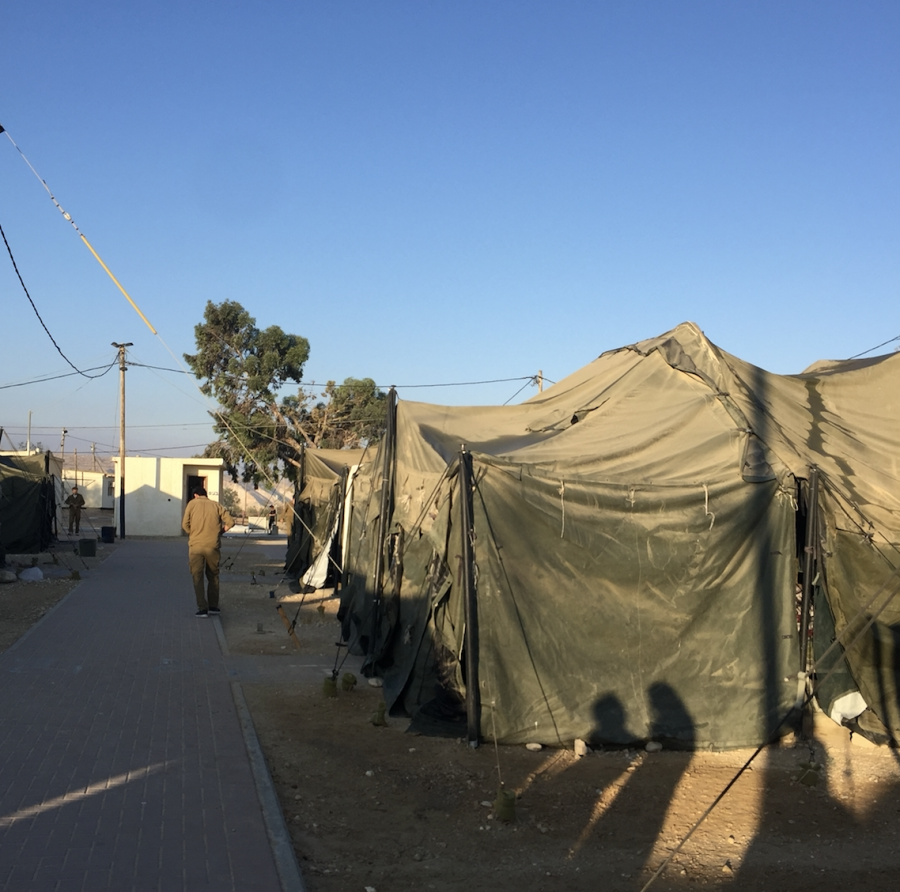 If you’ve never heard of Gadna, don’t worry, because I hadn’t either until I spent three weeks in Israel with a French organization called Yaniv. Over the span of three weeks, we traveled around Israel, starting in the North and making our way down to the South. We enjoyed various activities, such as kayaking on the Jordan River, visiting the water tunnels of Jerusalem, and waking up at four am to watch the sunrise at Masada.

Gadna is a military program in Israel that trains teens from around the world for the IDF. This program has three military bases in Israel: the Tzalmon Gadna base in Lower Galilee, the Joara Gadna base on the Menashe Heights, and the Sde Boker Gadna base in the Negev desert, which is where I stayed. Gadna is actually an abbreviation for Gdudei No’ar, which translates as “youth battalions.” Gadna was established in the early 1940s by the Haganah and offered preliminary military training and classes about the state of Israel for young Israelis entering the IDF.

Upon arrival at Gadna, my group was greeted by two soldiers who led us to an outdoor court where we joined several other groups for the opening ceremony. During the opening ceremony, we were divided into our “tzevets” (units), introduced to our “mefakedet,” the commander who would be responsible for us until the end of our stay, and given our uniforms. We were placed into two equal lines and ordered to stand in “hakshev,” a military position which involves standing upright with one’s feet in a V shape and hands behind one’s back. Our water bottles had to touch the tip of our left foot and girls were ordered to tie their hair back. Whenever we did something wrong, we had to do pushups – three pushups for girls and seven pushups for boys.

It was sunset when the opening ceremony concluded, and the mefakedet of my tzevet took us out for an activity. She lined us up and asked us to hold hands. Then, counting down from five, she told us to run to her water bottle, which she placed fifteen feet in front of us. If the line wasn’t perfectly straight the entire time, we had to start over. The first time, the line was not straight, and some of the girls were left behind. It took us at least six tries before we started getting the hang of it. The purpose of this activity, as she explained afterward, was to teach us to care for others and look out for each other. By holding each others’ hands tightly, running at the same pace, and making sure no one was left behind, we were able to run for fifteen feet in a perfectly straight line in five seconds. Once we internalized this lesson, we applied it to every activity we did that week. We shot M16s, we camouflaged ourselves, we cleaned the campsite, and throughout each activity, we stuck together as a tzevet and as friends.

I started the week terrified of Gadna and ended it not wanting to leave. It turned out to be one of the best experiences of my life.

Yes, the physical training at Gadna was hard, and I came back sore and covered in bruises, but the more time I spend reflecting on my summer, the more I realize that it was all worth it because the lessons I learned at Gadna are lessons I’ll never forget.