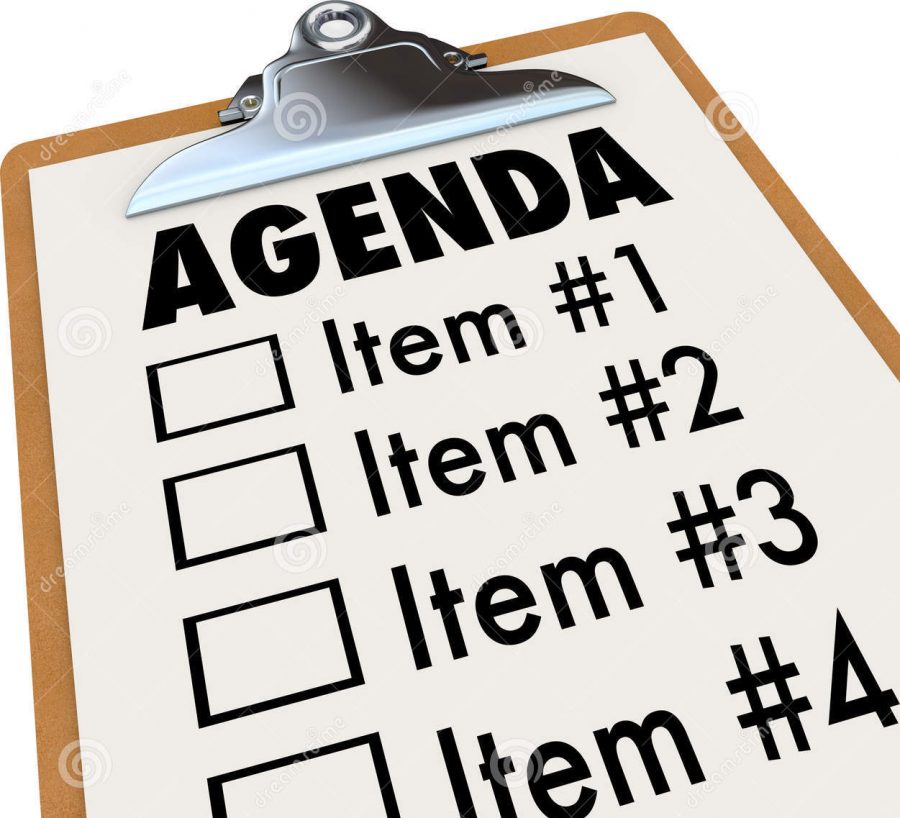 The Student Faculty Administration Committee (SFAC) met for the first time this academic year on Wednesday, September 24th. Every month, the members of the G.O., student class presidents,  grade coordinators and certain faculty members meet to discuss current concerns within the school. Together, SFAC members seek ways to resolve the issues raised. The SFAC Chairperson conducts these meetings and ensures that discussions are followed through. For several years the role of the SFAC Chairperson was held by a student, but last year’s chairperson was Rabbi Dov Pianko and this year’s Chairperson is Tanach teacher Ms. Benus.

The meeting opened with a review of SFAC procedures. Ms. Benus explained that class presidents should poll their grades for topics to submit to SFAC. At each meeting, two agenda items will be presented by students and then two items will be raised by faculty. The Associate Vice President (AVP) for Communications is responsible for documenting each meeting. At the next meeting, the topics discussed at the previous meeting are reviewed. After Ms. Benus finished explaining these procedures, Class Presidents Lucy Doft ’20 and Gabi Potter ’20 presented the goals of advisory and how students respond to them. Lucy and Gabi stated that in the past, advisory has not been as useful as it could be. The topics discussed are not particularly interesting to the students and the period takes away students’ free time.  After Lucy and Gabi finished speaking, Ms. Benus asked, “How do students feel about their relationship with their advisor?” School President, Ethan Morali ’20, AVP of Operations Maxine Pravda ’20, and Class President Caleb Rosenfeld ’22, all agreed that while they were all fortunate to have connected with their advisors, many students are not as lucky. Every student is different, and some students do not have a great relationship with their advisor. Gabi and Maxine ’20 suggested that instead of advisory meetings, students could individually meet with their advisors if they have concerns. Rabbi Dov clarified that “B4 is for programs and was not intended for free periods. Therefore, this period is not the students’ free time that we have taken away from them.” Faculty also mentioned that there was a shift in the process of choosing advisors last year. The Freshman advisors are all administrators and this is intended to help first-year students feel more comfortable. Faculty members also expressed that even though the topics discussed might not interest everyone, they are still really important issues and need to be addressed. Class Presidents Avigail Dupont  ’21, Lucy Doft ’20, and Gabi Potter ’20 along with Dr. Zeitchik volunteered to follow up on this issue.

The next topic on the agenda was presented by Class Presidents Caleb Rosenfled  ’22 and Yona Weinstock ’22. They discussed orientation and the differences between freshman year orientation and sophomore through senior year orientation. Caleb and Yona explained that the timing of sophomore-senior orientation is not ideal.  Although the day begins at 1 P.M. for juniors and seniors, for sophomores it begins at noon with a chesed opportunity. This cuts off the day as there is not enough time for students to accomplish things outside of school before or after orientation.  For sophomores, there is a chesed opportunity at 12 P.M. and then orientation begins at 1 P.M. Caleb and Yona proposed an alternative schedule for orientation with a day that would start and end earlier, to free up the afternoon, rather than cutting the day in the middle. The day would begin at 9 A.M. for sophomores who wish to go to the chesed talk. Juniors through seniors, on the other hand, would arrive at school at 9:45 A.M. for snacks and breakfast. At 10 A.M.,  there would be a whole school assembly, followed by grade meetings. Then, at 11:45 A.M. there would be brief advisory meetings. The day would end at 12:15 P.M. with an optional lunch. Ms. Senders commented that the modified schedule would benefit teachers as well. She said, “A lot of teachers go back and forth between the freshman and the sophomores-seniors. A lot of teachers didn’t get the opportunity to see all of the students. If we switched to this model, teachers could focus on sophomores, juniors, and seniors in the morning and freshman in the afternoon.” Maxine Pravda then expressed concern that the freshman would not be included in the opening assembly. Rabbi Stochel clarified that including the freshman in the opening assembly may cause freshman to feel intimidated. Rabbi Dov then pointed out that, “Ramaz never used to have an orientation. As a concept, it is new. So, there is a lot of room to explore orientation, or we could just get rid of it.” Rabbi Slomnicki expressed that starting the day earlier could be problematic because when students reunite with their friends after a long summer, all they want to do is catch up. Placing the students in davening as soon as they reunite could make for a bad situation. Rabbi Slomnicki also said that, “Having orientation is beneficial because there is a space where you can exist with your friends. It’s a message of welcome back!” The discussion concluded with the formation of a follow-up committee consisting of Rabbi Dov, AVP of Communications Caitlin Levine  ’21, and Yona Weinstock.

Next, Ms. Senders presented on office and meeting spaces. She explained that students who want to meet with teachers about personal matters, prefer a more private space, rather than an office shared by a few faculty members. Ms. Senders also suggested that meetings can take place in unused classrooms, but that teachers don’t always know if there a class in that room. Ms. Senders proposed that Ms. Freedman could send out a list of unused classrooms for the day, and teachers could reserve a classroom for a specific period. Ryan offered that the available classrooms could be posted on Schoology. Rabbi Dov suggested that maybe after davening there could be a space set up in the auditorium for meetings. Ms. Senders added that the B4 period could potentially be reserved for student-teacher meetings. The follow-up group for this topic consists of Maxine and Ms. Senders.

Lastly, Rabbi Slomnicki presented on the project to modify Preludes, the long term goals of the project and its areas of focus. Rabbi Slomnicki stated that Preludes had to be revisited because the handbook is very out of date and doesn’t reflect certain policies that have been changed. For example, Rabbi Slomnicki pointed out that policies have changed regarding elevator usage and privileges extended to grades other than seniors. Rabbi Slomnicki explained that “we broke up the handbook into 8 sections. Specific faculty members were assigned to a topic and were responsible for changing the handbook to reflect Ramaz’s mission.” Rabbi Slomnicki continued that though faculty are revisiting Preludes, the students should be part of the process as well. Although the faculty will obviously make the final decision, Rabbi Slomnicki expressed that to find the best solution, students must be involved. Caleb suggested that we send a sign-up list to the student body to see which students are interested in helping. Caitlin suggested that faculty members can send out a survey to students to achieve student input.  Caitlin added, that often students don’t want to fill out surveys because they feel as though their opinion is not listened to. So, when the faculty makes the final decision, it would be nice to acknowledge to the students and explain how the decision was reached. Two-way communication is always appreciated by the students. Ethan suggested that Preludes be revisited every five years to prevent the handbook from becoming outdated. Rabbi Blaustein suggested that the class presidents should represent the grade and convey the concerns of the class to the faculty. Dr. Block pointed out that it should be made clear to the students that even if one of their suggestions is not used, that they are not being ignored. The follow-up committee for the topic of Preludes includes Dr. Block, Caleb, Lucy, and Rabbi Slomnicki. The meeting concluded by breaking up into the follow-up groups which discussed how to best approach each group’s respective issues.

This article highlights certain conversations, although many more opinions were discussed as well. Overall, the SFAC meeting addressed current issues that will be thoroughly explored and ultimately resolved in order to best enhance the Ramaz experience.