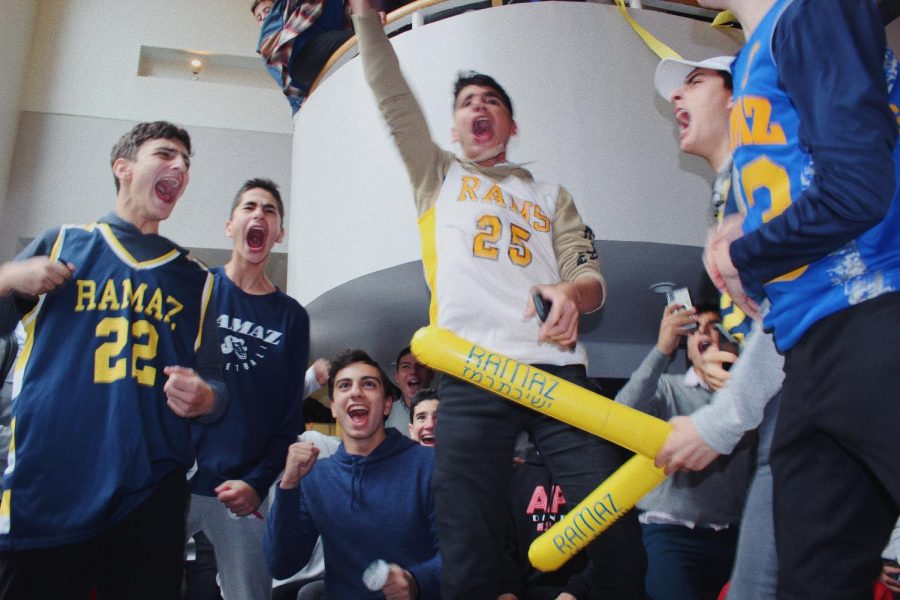 For the second year in a row, the Ramaz Boys and Girls Varsity Basketball teams travelled across the country to compete in the fifth Annual Steve Glouberman Basketball Tournament, hosted by Shalhevet High School in beautiful Los Angeles. Although neither Ramaz team brought home the gold, both teams created new friendships and bonded with their team members while enjoying competitive basketball against nine boys teams and ten boys teams from Yeshivot from around the country, including the HAFTR Hawks, Frisch Cougars, YULA Panthers, Shalhevet Firehaw 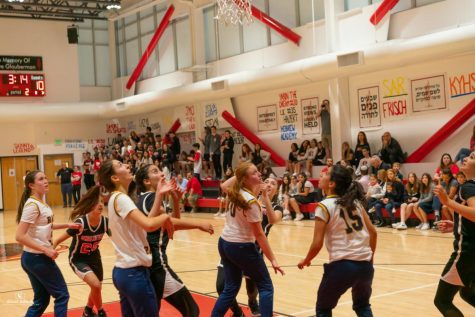 ks, SAR sting, Hebrew Academy Warriors, Katz Yeshiva High School Storm, Maimonides MCATS, and the Maayanot Rapids. While all schools put up a good fight, the Maimonides MCATS girls team and the Frisch Cougars boys team emerged as tournament champions, Maimonides earning a 5-0 record, triumphing SAR with 58-49 in the championship, and Frisch scoring with a 4-1 record (with their only loss in the tournament in their game against Ramaz!), ultimately defeating Shalhevet, 58-49 in the championship round.

For the Rams, the fun began with a (bright and early) 5:15am flight to LA on Wednesday November 6th. Only two hours after landing, the boys played their first game against Shalhevet, followed by the girls game. Although both Ramaz teams lost, a good time was had by all. The following day the g 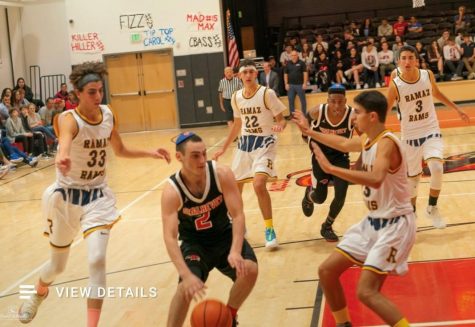 irls played Mayanot and the boys played Frisch. The highlight of the day was a key rebound by Ryan Leibowitz and then a pass to Spencer Rubinstein who made a game winning, buzzer beater to win the game for Ramaz, 52-51. In New York, the cheering from the fourth-floor lounge reverberated through the floors of the whole Ramaz building, with hundreds of students ecstatic over the epic shot snagging the victory for Ramaz. Ethan Morali ’19 remarked, “It was incredible to finally see such a spirited environment in the school. I mean 200+ kids all gathered in the fourth floor lounge watching the game was definitely something to experience. From shouting ‘DEFENSE’ to going berserk when Spencer made that last point, it was an incredible atmosphere. My only hope is that this Ramaz spirit can be expressed again hopefully at future events and games.”

On day three of the tournament, the Ramaz girls played Frisch and the boys played Haftr. Both teams put up a good fight but did not take the win. Shabbat was a welcomed time for relaxation and socializing, and throughout the week, students were given further opp 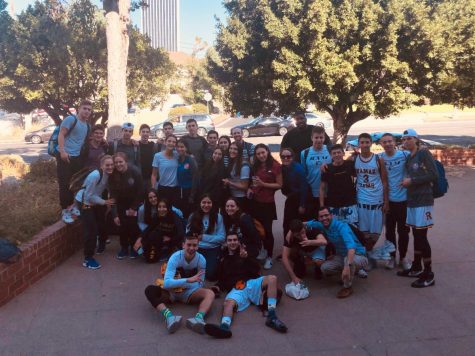 ortunities to explore, celebrating victories with a scenic trip to Venice Beach and enjoying a hearty BBQ at Shalhevet.

While the trip to LA was certainly exhausting and required the players to miss exams and two days of school, it was definitely a worthwhile experience. Sophia Kremer ‘20, captain of the girls team poignantly noted, “This tournament was a bonding experience for the team both on and off the court. We were able to pinpoint the exact skills we need to work on in order to excel in the regular season.” Students affirmed the fun that they had and the parts of the trip that they enjoyed most. For Jacob Schwarz ’21, it was “hanging with Coach Katz, of course,” and for Simeon Dicker ’21, it was “walking around Venice Beach with my friends.”

All in all, the Glouberman Tournament was a definite success, Ramaz proud to honor the legacy of Steve Glouberman, and eager to show gratitude toward the Shalhevet community through the school’s competitive perseverance.