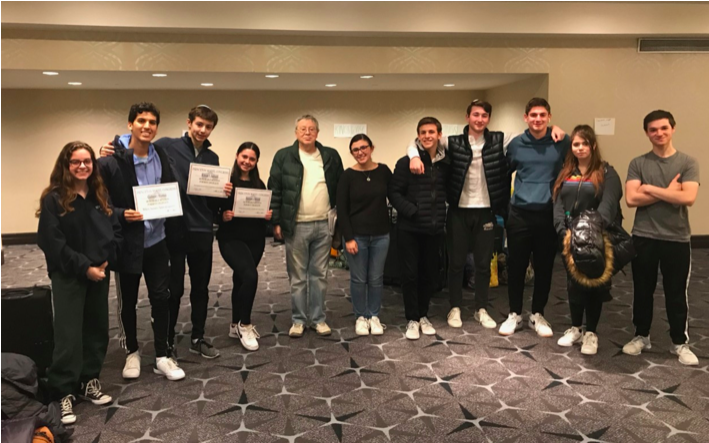 From November 21-24, the Ramaz Model Congress team traveled to Washington D.C. for the annual Princeton Model Congress conference hosted at the Washington Hilton. This event was the culmination of all the hard work and dedication the team has put in since the start of the year. At the conference, students were tasked with creating bills, debating them, and potentially passing them into “law.” Chaperoned by Dr. Jucovy, Ramaz competed against numerous schools from across the country in the mock House of Representatives, Senate, Supreme Court, and Executive Branch.

This was the first year Ramaz attended this conference (in the past, Ramaz has only attended Penn Model Congress), and there were many positive takeaways. Gabi Potter ’20, Eitan Linhart ’21, and Samara Blatt ’22 all received honorable mention awards in their committees. Reflecting on the conference, Co-Captain Josephine Schizer ’20 said, “after all the hard work we put into the conference, it was so exciting to see it pay off. It was a great experience for the team and we were so excited to bring home three awards.” Co-Captain Gabi Potter ’20 also praised the team’s success, stating, “I think this trip will go a long way in ensuring success down the line. This was the first time Ramaz has gone to this conference, and we got three awards—a testament, I believe, to the team’s skill and potential.” Looking to carry the momentum from Princeton Model Congress, the Ramaz team will return to their weekly Wednesday practices with hopes of finding even more success at Penn Model Congress this coming March.