My Experience at AIPAC 2020 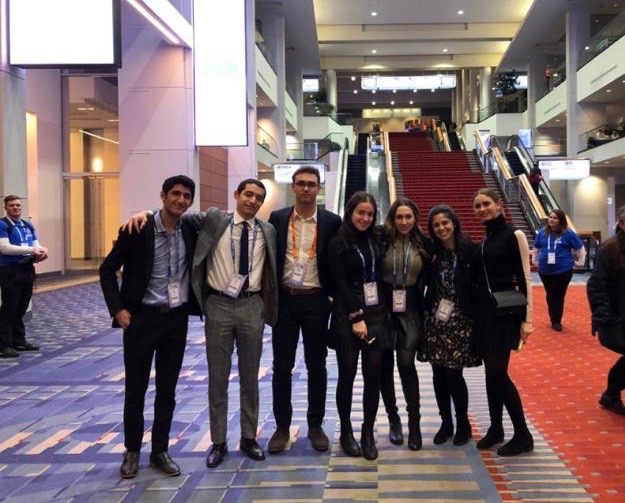 AIPAC 2020 was truly an experience I will never forget. This was my second year attending the conference as a part of the Ramaz delegation. I had the privilege of hearing so many speakers that I usually see on TV, and it made me realize how many influential government officials are willing to fight for Israel. It was really special to see thousands of people gathered together, Jews and non-Jews alike, who all shared a deep love and passion for the State of Israel. I had so many interesting discussions with other conference attendees from different states and backgrounds of all different ages. Regardless of political views, we could all bond over our love for Israel and the responsibility we felt as Americans to support the Jewish homeland.

Previously, I did not know the stance of many local-level politicians on Israel, nor did I fully comprehend the importance of a strong, Israeli-American relationship. The fact that I was able to attend a pro-Israel conference in a country like America, a world leader, is incredible considering the history of Jews in the diaspora. The importance of a thriving Jewish homeland is immense, and we must not forget all the components that go into that.

I gained valuable knowledge about the current situation in Israel, especially in high-risk areas such as kibbutzim along the border with Gaza, and developed a deeper understanding of what Israelis go through on a daily basis. Kids are not raised playing in Central Park, but rather in their backyards awaiting the sound of a siren. These kids are taught to run for their lives from rockets before they even know how to ride a bike. I gained an appreciation for the safety I have as an American. My pre-existing gratitude to the IDF grew exponentially after seeing how they don’t hesitate to risk their lives to protect the safety of Israel and her citizens.

Additionally, I heard from multiple government officials from Israel and the U.S. who have realistic plans to improve the American-Israeli relationship, along with day-to-day life for Israelis. The speakers that stood out to me were Vice President Mike Pence and Secretary of State Mike Pompeo. I was astonished that non-Jewish Americans felt such a deep duty to have pro-Israel policies and have a true understanding of the importance of Israel as the homeland of Jews around the world. Secretary Pompeo said, “anti-Zionism is anti-Semitism.” Vice President Pence said he is proud to stand with the only true democracy of the Middle East.

Overall, I gained so much knowledge and felt moved by seeing such a large group of Israel supporters. Throughout these unforgettable two days, I have shared my experience with friends and family and cannot wait to attend again in the future. The biggest take-away: Israel is not a political issue; it is my home. Am Israel Chai!