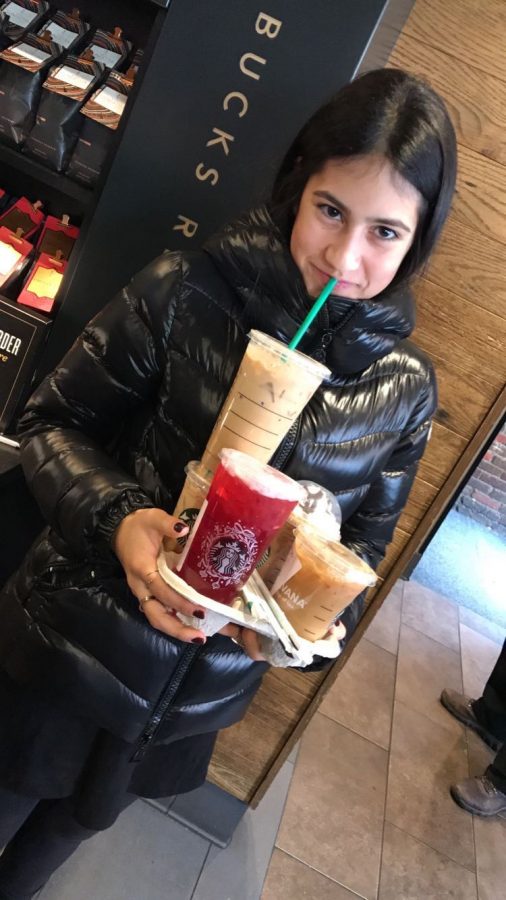 Yael Webber '20 stocks up on coffee for the day.

The coffee industry is estimated to be worth $20 billion and about 500 billion cups of coffee are consumed annually. Millions of people around the world rely on coffee to get through the day, and Ramaz is no exception. Some students drink coffee regularly, or at least once in a while, despite the presence of long-term effects of caffeine consumption for teenagers. With the new reality of Zoom school, how is that changing the amount of coffee students that drink?

Caffeine is a drug that works by blocking different adenosine receptors in the brain. The main receptor caffeine blocks is the A1 receptor which, when active, is responsible for sleepiness. That is why drinking coffee or any caffeinated drink spurs feelings of alertness. Although these effects may se

em beneficial, these are just short term results which can cause long term consequences. Some of the unwanted side effects may include insomnia, restlessness, nervousness, gastrointestinal disturbances, and muscle twitching. For teens, it is especially dangerous to consume caffeine because it has the ability to stunt children’s development by interfering with important conne

ctions in the brain.

According to a study in Nutrition Research, every 10 mg of caffeine consumed by a 13-year-old boy increases his chance of getting fewer than 8.5 hours of sleep by 10 percent. This can lead to sleep deprivation which can affect one’s mental and physical health. To put that into perspective, one 8-oz cup of coffee has 95-200 mg of caffeine and a cup of teahas about 26. The worst of all is that people who start to drink caffeinated

drinks earlier will build up their tolerance to caffeine earlier and will become dependent on consumption. Over time, the body starts to get used to higher and higher doses of caffeine and as a result, what started out to just a couple cups a week turns into a couple of cups a day just to have the same effect. For these people, if there is a sudden break in their consumption of caffeine they will experience caffeine withdrawal which leads to symptoms (headaches, fatigue, low energy, etc.) which can last for up to two months.