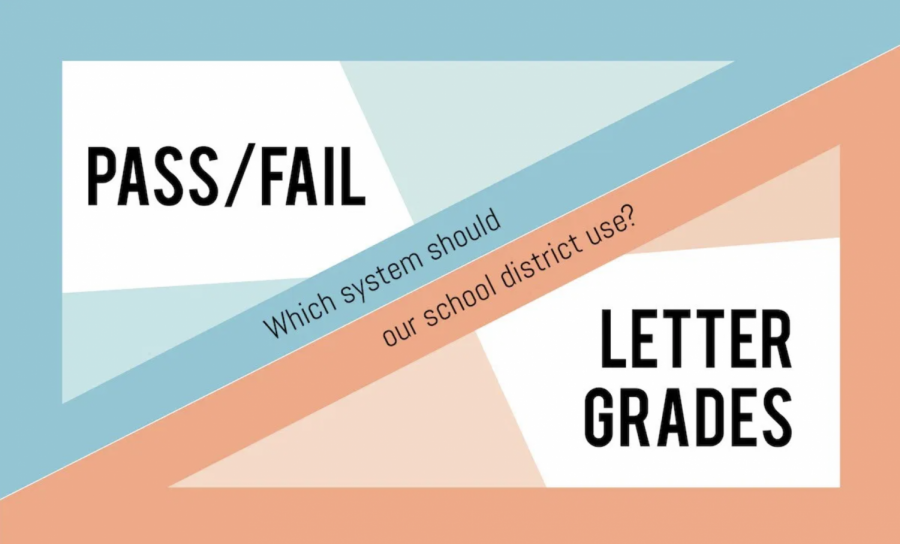 Would it benefit students if schools switched to a pass/fail curriculum? Should grades still play a significant role during this time of remote learning? Would it be better to have letter grades or just not have grades at all? These are many controversial questions that have been addressed by many schools around the country with valid pros and cons on both sides.

As schools continue to work with distance learning, they are now trying to find a solution to how to fairly grade students for the rest of the semester. During this pandemic, schools have created their own protocols to grade students in ways they think are just. Some are offering pass/fail or credit/no credit as the grading systems instead of letter grades. At North Shore Hebrew Academy, the administration decided to change their curriculum to a pass/fail grading system. Rachel Frank, a junior at North Shore, was not thrilled with this development, and said, “Letter grades have significance and show all the effort students put into their work; it shows that through their four semesters [so far] they really accomplished something and didn’t give up even during these terrible times. If schools use the pass/fail grading system, a student with a 66 average is given the same grade as a student with a 99 average, and that’s just not fair.” Additionally, many juniors in North Shore pointed out that they were counting on this semester to raise their GPAs and are now upset that the most that they can do is pass.

On the other hand, SAR High School decided to maintain the letter grade system but replaced formal testing with final assignments. Final grades are issued for the full year, rather than just for second semester, with approximately 75% of a student’s grade based on a combination of first semester and the beginning of second semester, pre-COVID. The remaining percentage comes from a combination of any assignments given during online school and a special “engagement” grade, intending to measure a student’s participation level during virtual classes. Students receive an email every week with grades from their teachers in four aspects, each ranked out of 12: punctuality, attendance, promoting culture of learning, and contributing meaningfully to their learning. Though this may sound exceptional, students find it unfair that such a large portion of their grade is based on their first semester grades, so even if they do well now it doesn’t count as much for their final grade. SAR sophomore Mia Brodie, for example, “does not think this is a good method” to determine a student’s grade for the year.

With Ramaz primarily sticking to a full-fledged letter-grading system, many positive aspects stand out, especially during times like this. Having letter grades now acknowledges the challenge of completing work even without in-person teaching and under non-ideal circumstances. Yona Weinstock ’22 agrees with Ramaz’s distance learning grading policy and said, “Letter grades definitely require more work [than at other schools], but if the teachers ease up and give less work, letter grades could prove to be a huge advantage for the students.” Letter grades give clear feedback and acknowledge the effort of those that put in the time and hard work. They can impact scholarships, opportunities, or graduation awards. They take into account individual work. If Ramaz changes to pass/fail it can be seen as “unfair” to the students that put in a lot of effort by giving students who complete less work, or the minimum required, the same grade.