Class of 2020: What is the Plan for Graduation? 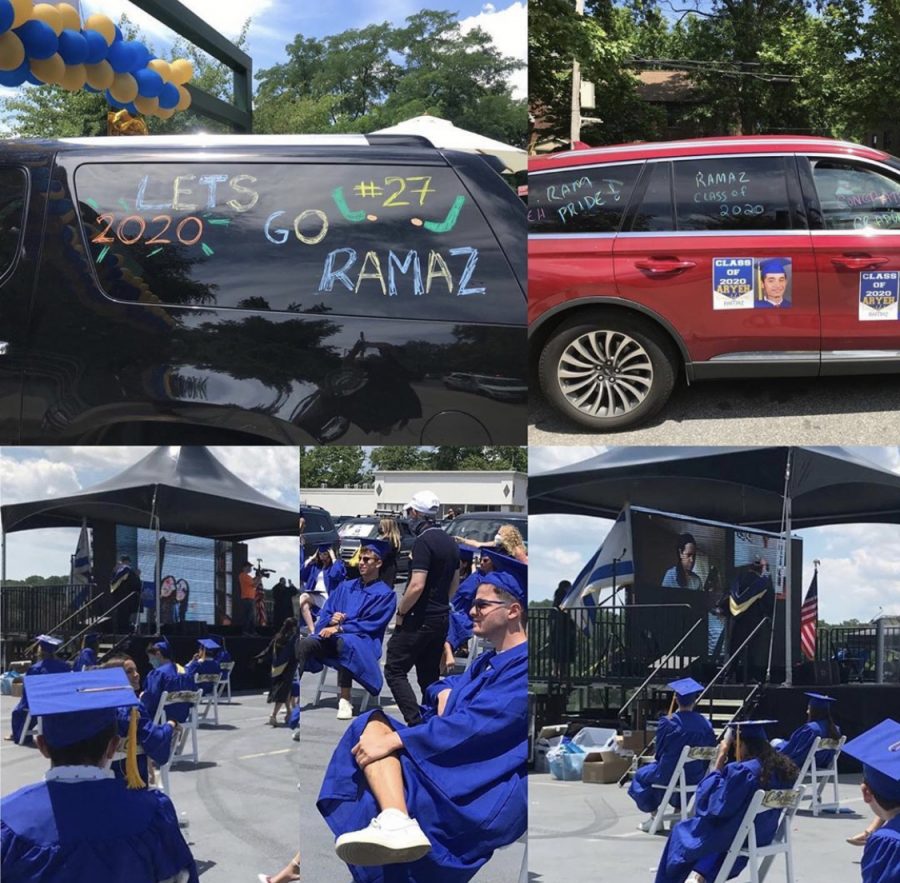 After four years of hard work at Ramaz, the class of 2020 is finally graduating. Before quarantine, the plan was to have a graduation celebration like every other year: blue and white caps and gowns with speakers congratulating the students and wishing them luck for their futures. Once it became clear that in-person school would not resume by June, the administration had to make alternate plans for the seniors.

The administration was amenable to their request and has tentatively canceled any plans for an online graduation. Originally, both the administration and the seniors hoped that the circumstances caused by COVID-19 would change and allow for an in-person graduation in the fall. During the first week of June, the seniors had a meeting with Rabbi Stochel and Mr. Cannon about the possibilities for graduation. The administration decided not to postpone graduation until August because many students might be leaving for Israel or be at summer camps. Instead, they decided that it will take place at the end of June or at the beginning of July.

Mr. Cannon and Rabbi Stochel announced three possibilities for graduation. The first possibility is to have an online graduation; this is far from ideal in the eyes of both the administration and the students, but it is still important to mention in case the other options fall through. The second option is to have a drive-by graduation on 78th Street. Rabbi Stochel and Mr. Cannon said that this seems fairly possible, though of course it’s hard to plan anything for sure at the moment, but the seniors are disappointed at the prospect of having to sit in a car instead of being able to see their fellow graduates. The third and most popular option is to have an in-person graduation with seats six feet apart for the graduates, and family members remaining in their cars. The seniors expressed their excitement about this option, but Mr. Cannon reminded them that as the options get more exciting, they become less plausible. As of now, the administration is planning for the worst and best scenarios to ensure the best graduation possible while still prioritizing safety and health.

In the meantime, the twelfth graders have scheduled a “Senior Night Live.” According to Rachel Araten ’20, one of the coordinators of the event, its purpose is to have “the seniors to come together and be together as a grade.” Instead of having graduation through a screen, the seniors opted to do something different. The night will be a time to reminisce and to take part in fun activities as a grade via Zoom.

Another senior planning the event said that the “plan is to make video skits of what senior year would have looked like without corona,” which will include videos about their high school experience, a senior play, speeches given by some students, and a montage of their time together at Ramaz.

Planning this event requires a lot of effort from both faculty and students. A group of 10-12 seniors volunteered to help, along with Dov, Ms. Benus, and Ms. Dashiff. Hopefully, the seniors will be happy with the closing ceremony to end their high school career and appreciate all the hard work and time that has gone into the planning and execution of this important event.