Does Ramaz Have a Responsibility to Denounce Anti-Semitic Comments? 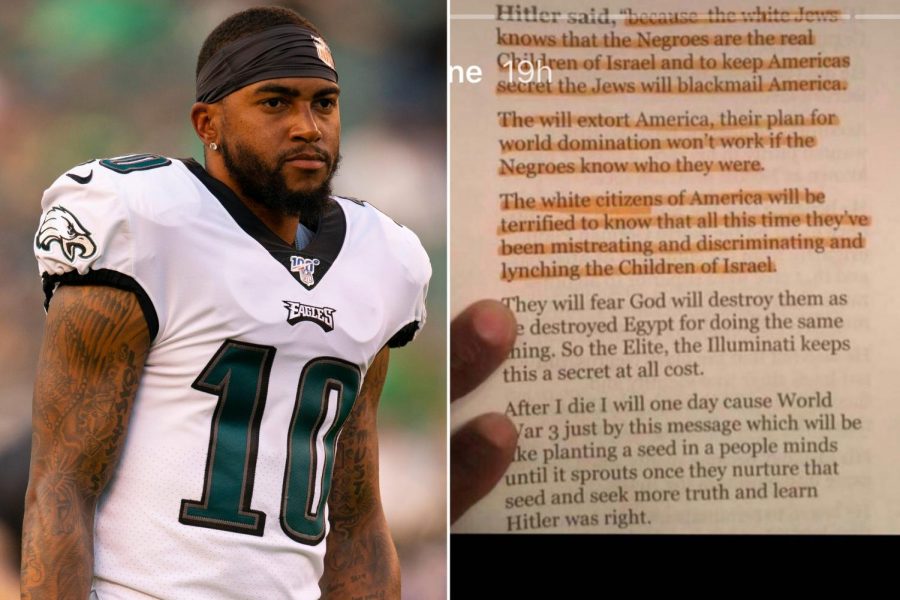 As both a school and community, it is important for individuals to unite against any type of hatred. I think that community leaders should assure members of their community to condemn injustices they experience in society. Communication is especially important during a time where the future seems unpredictable and people feel isolated from one another.

During times of uncertainty, people seek leaders who align with their thoughts and reassure them that they are not alone. Scared by anti-Semitic comments, people are comforted by knowing others also feel threatened. Leaders should step up and remind individuals not to be frightened, but rather to work towards suppressing anti-Semitism. I do not believe that Ramaz’s lack of response constitutes support in favor of injustice. However, I believe it is necessary to remind communities to oppose hatred and to fight against inequality.

Over the summer, there has been a rise in anti-Semetic comments and posts on social media. DeSean Jackson, a wide receiver on the Philadelphia Eagles, posted an antisemitic quote attributed to Adolf Hitler on Instagram, implying that Jews secretly control the world and are planning for world domination. “Hitler said, ‘because the white Jews knows that the Negroes are the real Children of Israel and to keep Americas secret the Jews will blackmail America,’” Jackson posted. In the days after Jackson’s post, both Jews and non-Jews alike reacted online. Many Ramaz students expressed their disgust on their personal Instagram accounts. But, the Ramaz School did not post or email to condemn Jackson’s comment.

Only a few days later, Shein, an online clothing store, sold a swastika necklace on their website. Posts on social media emerged against this product, and, again, Ramaz students used their accounts to speak out. As a Jew, seeing a clothing store sell a necklace of a swastika, an emblem of the German Nazi party, is appalling. When an institution like Ramaz does not add their voice to condemn anti-Semitic comments, it implies to other members of the community that it is acceptable for them to also stay silent.

A part of Ramaz’s mission statement is, “a sense of responsibility for the Jewish people and all humankind.” Ramaz has spoken up against anti-Semitism in the past. Just this year, the school held a Communal Memorial & Solidarity Rally and urged students to attend the No Hate No Fear Solidarity March. Being responsible for the Jewish people should include speaking up against anti-Semitism online as well as anti-Semitic acts.

In both the cases of DeSean Jackson and the Shein necklace, I am sure that leaders of the Ramaz community had the right intentions and were horrified by this anti-Semitism. In accordance with this, I think that the Ramaz leaders should have vocalized their thoughts and feelings on the matter to the rest of the community.