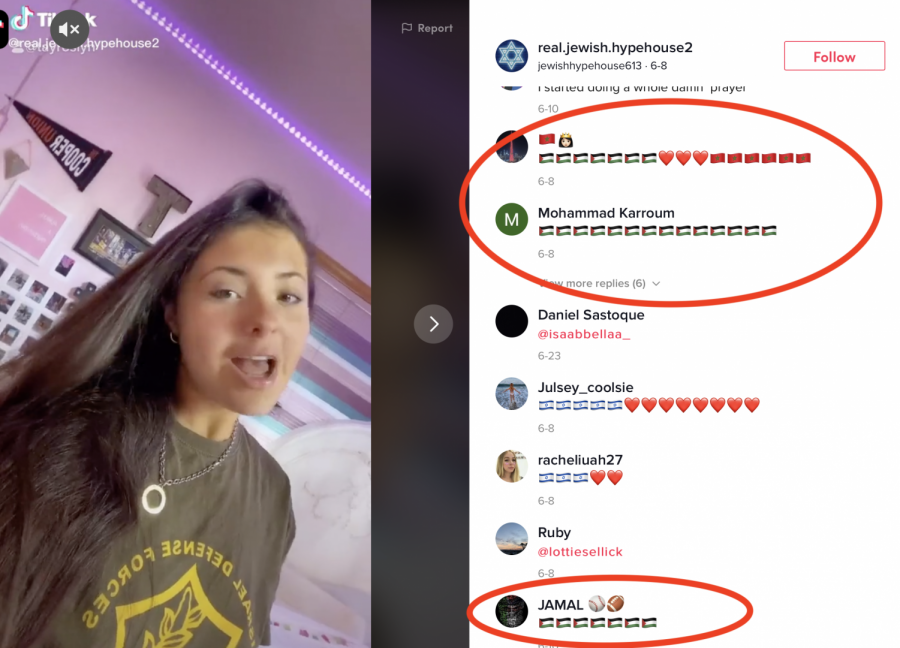 With more time at home, social media consumption is at an all time high. There are many different apps that engage people and influence their way of thinking. While social media is a great way to connect with friends and family, it has also become a hub of activism., regarding all matters, including the environment, politics, racial justice, and other controversial matters. Most of this activism is supporting a marginalized group or promoting a cause. However, lately, there has been an uptick in anti-Semitism, both in the real world and online. Unfortunately, there is more anti-Semitism on social media than the awarness that is being raised about it.

Anti-Semitism exists on accounts focused on activism; Jews are often left out of important conversations regarding minorities. In refrence to the official Feminist Instagram account which has over six-million followers, Eliana Sobel ’22 said, “I used to follow them but I had to unfollow them when I realized just how anti-Semitic they were. I scrolled through their posts and they always made posts listing off all of the oppressed communities, whether it be Muslim, black, biracial, Asian, Indigenous, etc. They never include Jews, though.” While this form of anti-Semitism seems indirect, it has a direct effect on the Jewish community. When Jews are left out of these conversations people won’t feel the need to advocate for the Jews when they see anti-Semitism in the world.

Some of this anti-Semitsm stems from people’s misconceptions and stereotypes of the Jewish people. There is a misconception that Jewish people tend to to be prejudiced against other races, religions, and members of the LGBTQ+ community. While some Jews may have their prejudices, they are not a reflection on the Jewish community as a whole. There are many Jews who support these other groups or are even a member of a different minority as well.

Seeing anti-Semitism on a daily basis is disheartening, especially when it effects people in one’s community. Ramaz students are experiencing this form of cyberbullying on TikTok. Taylor Roslyn ’21 recounts being in a Jewish group on TikTok and receiving hurtful anti-Semitic messages. “They would say things like ‘How does it feel to live as a murderer’, ‘Israel isn’t real’, and really just trying to bring us down.” Both Sobel and Roslyn mentioned that on TikToks they make about Judaism, the comments are flooded with the Palestinian flag emojis and comments about the Israel-Palestine conflicts. They also commented that they recieve these comments and emojis even on TikToks not related to activism. Commenting a Palestinian flag on a post of a teenager dancing just because she is Jewish is a form of anti-Semitism.

Recently, a TikTok trend of people pretending to be victims of the Holocaust circulated. This trend was called out for being insensitive and the United States Holocaust Mueseum called it out for dishonoring the victims’ memories. While the intention may not have been anti-Semitic, it has opened up the opportunity for hateful comments and parodies.

This issue is very real and more measures need to be taken to combat anti-Semitism on social media. Fortunately, social media giants including Facebook and TikTok have announced they will take action against anti-Semitism on their platfroms. There is a real need for education so people can understand the culture, struggles, and history of the Jewish people. This would increase tolerance and reduce the unnecessary hate that the Jews often encounter.