Teachers: Politics in the Classroom? 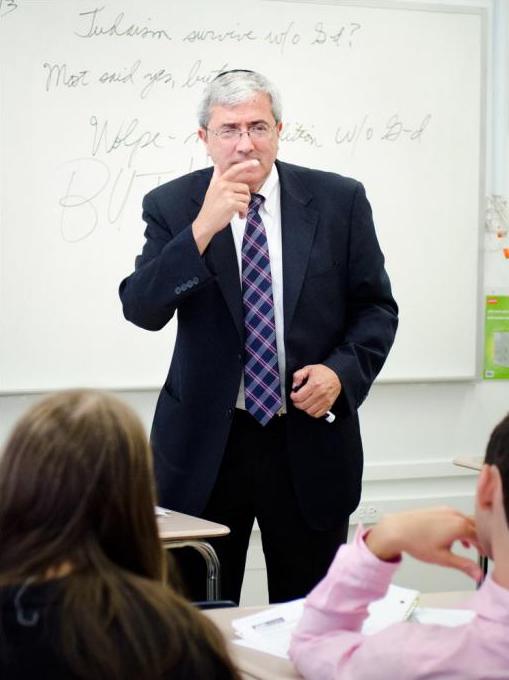 Bringing politics into schools has always been a sensitive topic.With so many teachers at Ramaz so well versed in the political world and its novelties, it is common to see teachers posting about it on Schoology. Especially with the elections this year, teachers were posting daily, notably when Mr. Deutsch posted a list of debunked rumors about the elections. Some may say that this was an attempt to corrupt students’ minds against the right because he was disproving statements usually made by conservatives. On the other hand, he did his job in educating students with facts supported by articles to show the other side of the argument. My stance on the matter is that it is crucial for teachers to discuss politics, but only from an objective standpoint, showing every side so that students can identify with whatever they truly believe in. This post is a perfect example of how there was not necessarily a teacher sharing their opinion, rather they are sharing facts explaining how some myths going around are plainly unfactual or a misinterpretation of the truth This topic itself is eminently controversial because of the relationship between a student and teacher. A student looks for a teacher for the answers to their question, so when educators portray their opinion as fact without showing the other side, students go out into the actual world blindly adopting these opinions for themselves. Studies done at Stanford University show that Americans’ partisan identities are stronger than race and ethnicity. One reason they have for this is that because you choose who you support, politically and race and ethnicity are assigned to you at birth. Because you chose it, your identification with it is much stronger, but the problem is when educators are basically the one choosing it for you. By openly expressing their political views, teachers are strongly influencing students’ political affiliations, but the worst part is that students think they are making these decisions themselves. They end up identifying with a belief because they only saw one side to the argument but by the time they are introduced to the other side for the first time, it is too late for them to go against what they “chose” to believe in. This idea is supported by Dr. Roger Kingerlee, a psychologist who has done studies proving the simple fact that “minds don’t want to change”.

That doesn’t mean that we shouldn’t dis- cuss politics in school at all. I think that it is the job of every school to talk about politics, but they have to make sure they are doing it in the right way. First, it is important for students to learn in a controlled environment where the teachers are presenting reliable facts and can guide students away from lies spread by random people on social media. Without the proper counseling, kids could easily form an opinion with a foundation of lies which can be prevented if taught how to properly evaluate the validity of different news sources. Also, it is crucial for students to have their teachers’ help when researching specific topics they are interested in. Ramaz does this very well with clubs like Race in American Club and Rampo, which are open to anyone interested to come and learn about whatever the topic of discussion is that week. These clubs are also forums for students to voice their opinions, and since there is someone knowledgeable moderating the conversation, students rarely get away with saying something false without getting called out on it. To conclude, school is a learning environment where easily persuaded students should learn both sides of an argument to formulate their own opinions rather than instinctively embracing a teacher’s opinion.