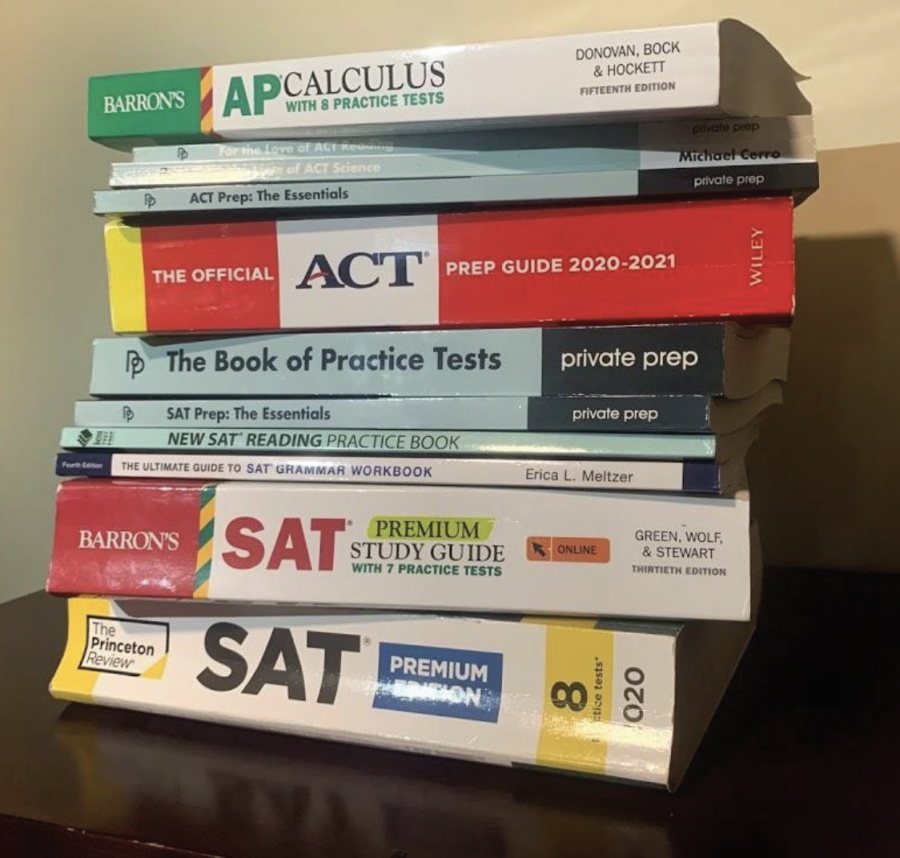 With the pandemic, everything and everyone has been affected, forcing us to adapt to the situation. From online school to hand sanitizer in every square inch of every store, there have been a lot of changes, and college admissions are no exception. One of the major changes schools adopted for this year is giving students a choice to not send ACT or SAT scores because many students couldn’t take these tests for either health or financial reasons. This change has raised the question if colleges should stay test-optional or if they should go back to requiring the scores to consider students’ applications. Although I hope that years from now, online school and masks aren’t necessary, I think that colleges becoming test-optional is a change that would be beneficial to keep after COVID-19.

The first issue with weighing these standardized tests so heavily is that they are expensive to take and to get a good score, so it puts underprivileged students at a tremendous disadvantage. According to prepscholar.com, tutoring sessions for these tests cost between $40-$200 an hour, and prep books can cost around $50 each. On top of that, the fee to actually take the tests fees is $52 for the SAT and $55 dollars for the ACT. For more wealthy students who have the resources to buy multiple prep books and pay thousands of dollars for tutoring, improving their score is not a problem, but for those who can’t, aren’t getting the scores they could get if they were in a different financial situation. On the other hand, Sean-Michael Pigeon, a writer for USA Today, wrote an article about this topic, saying that standardized tests are actually good for underprivileged students. He discussed his experience as a student growing up in a poor household, but he said that he didn’t have the money to pay for extracurriculars like lessons to learn how to play an instrument or a summer program, but he could study, and after studying hard he did well and now attends an Ivy League University. To this, I think that not everyone can improve their score as he did, and researchers from the University of Pennsylvania and the University of Southern California found that, on average richer students perform better on the SAT and Act than other, lower-income students. This correlation between students’ wealth and their test scores reveals the flaw within this way of evaluating students because it indirectly discriminates against poor families.

When asked his opinion on the matter, Ben Cole ‘22 talked about why it is so important for schools to require standardized tests. He said, “Whether it’s done through AP exams, the SAT or ACT, colleges need a way to quantify students’ abilities. Other factors like extracurriculars and even GPA are subjective, so they need these tests to have a basic understanding of their academic abilities in relation to other people who have taken the same test.” He further explained that even GPA is subjective because it is easier to get a better GPA in some schools rather than others, so it is hard to use it to compare students from different schools. This is true, but this opens up a new conversation to the weakness of America’s education system. A kid born to a poor family and who grows up in a poor neighborhood will go to a school with a lower budget and significantly fewer resources than schools in richer neighborhoods. This happens because schools get most of their funding from local property taxes, so when houses are worth less in that area, people are paying fewer taxes, and the public schools are getting less money. It is unfair to expect students who are getting lower quality education to get the same grades on standardized tests as someone getting a better education. Overall, that’s why I think GPA and extracurriculars are better ways for schools to evaluate students fairly, and because of that, standardized tests should stay optional for college admissions.