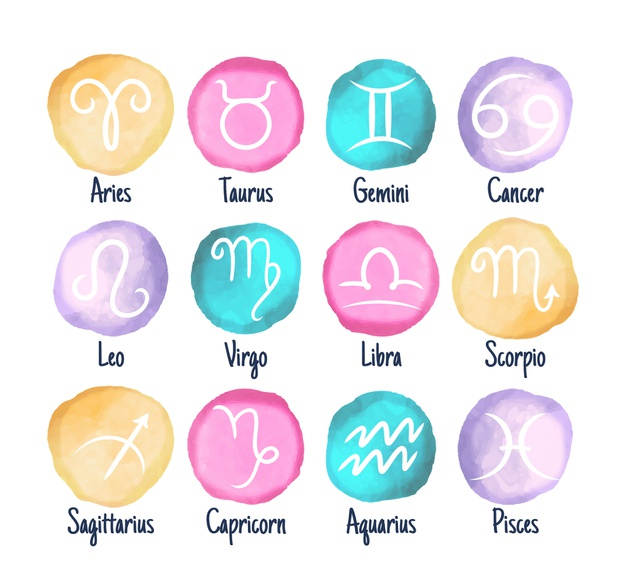 The study of astrology dates back to 1,000 BCE in Babylon, originally believed to be the study of astronomy. Zodiac signs have evolved since then, but the study of astrology has persisted to the present. As horoscopes continue to trend in 2021, some might wonder, does believing in astrology conflict with Judaism? Astrology is the pseudoscientific study of the stars’ position in the sky and their impact on people and world events. Those who believe in astrology believe that the position of the stars on the day of one’s birth determines many aspects of their temperament, personality, and life. In Western culture, Zodiac signs have gained popularity because of their alleged ability to tell us about ourselves and our futures.

The dispute of where astrology fits in with religion is controversial, even among religious scholars. Astrology is an important aspect of Hinduism (though it differs from Western astrology as we know it). Most Muslim scholars and sects agree that Islam forbids the study of astrology. In Christianity, particularly Catholicism, consulting zodiacs for predictive advice is seen as incompatible with their religious beliefs. Like the other two Abrahamic religions, does Judaism prohibit the study or belief in Zodiacs? It is a bit more complicated.

With all the rave about astrology, we decided to ask a Rabbi, several students with strong opinions on astrology, and a science teacher for their thoughts on the topic with regard to Judaism.

Rabbi Albo said that his personal views with regard to astrology simply do not exist. He says that he believes that he is “a tiny person who knows nothing, and when it comes to these kinds of things, [he] turns towards the Torah because that is what G-d gave [him].” He finds comfort in “the privilege to stand on the shoulders of giants like Hashem and our Rabbis and therefore my answer will be as they say.” Rabbi Albo believes that astrology is unreliable, both theologically and scientifically, and says that Judaism does not promote nonsense or time-wasting things, and that this sort of superstition borders on Avodah Zarah. “Our scientific understanding [of the stars] has changed since the times of the Talmud and that is how we know that it was partially allowed in those times.”

Alisa Gleyzer ’23 believes that “your astrological chart says a lot about who you are as a person and the way that you act. It may tell you interesting aspects about yourself; how grounded, irritable, or sensitive you are.” However, she also does not “believe in daily horoscopes, especially the ones telling you what’s going to happen throughout the day.” With regard to Judaism, she said, based on her “minimal knowledge of the topic in scripture,” the issue that daily horoscopes may present surrounds the idea of free will and the inclination to do certain things (potentially including indulging the yetzer harah).

Brayden Kohler ’23, on the other hand, offered a completely different insight on astrology: “I think it’s a horrible taint on society. The idea that my personality and life events are restricted to planets is rationally absurd.” He likens it to a restriction upon his free will, and even nears magical and fantastical in some aspects. “I’m a Pisces. Apparently, I should have empathy, generosity, and be unique. Of course, I have those traits! But who in their right mind would argue and say they don’t!?”

With regard to Judaism, Kohler finds it “extremely sad that [astrology] has found its way into many religious texts,” which he assumes is because of “Hellenistic influences.” He also cites “prominent leaders such as Rambam and Rabbi Yosef Karo who recognize that it is not in accordance with our law.” Kohler’s opinion is that astrology is almost Avodah Zarah and following what a horoscope says can lead one to violating the commandment to not worship idols by following the horoscope blindly. “But even if you believe that these planets have some godly force that can determine your day is just like saying that a statue can bring you wealth, mimicking the action of believing in false gods. Theologically, it makes no sense.” To the argument that Hashem is the contributing force in how the planets align and how we interpret them, he argues that following astrology is irrational and takes away freedom of choice, and people read into it what they want to, which “leads to Avodah Zarah, [and] that’s when I get bothered.”

Lily Kress ’23 believes that astrology does affect people in numerous ways but she does not believe that they “make or break’’ your personality. “When someone thinks of their zodiac sign, they usually just consider their sun sign, and when they find that it doesn’t directly ‘match’ their personality, they claim zodiacs are fake. There are lots to consider that can serve as a bit of an explanation as to why a sun sign doesn’t really suit someone. I like the idea that when someone is feeling a little lost, astrology is a nice place to turn.” With regard to Judaism, Kress thinks that believing in astrology or using crystals is not a form of Avodah Zarah, but that they can work hand in hand; “astrology is not an all-knowing power- if anything it’s a form of support.” When she comes across something where the answer “because of G-d” does not satisfy, she finds comfort in thinking that it may be because of the stars. “In Judaism, there is sometimes a strong belief that ‘if I’m right, it means you’re wrong,’ meaning that if one were to express their beliefs about astrology, in some Jewish communities they would be seen as an advocate of Satan, just because they enjoy having a tangible idea of comfort. I personally don’t think that there is any conflict between Judaism and astrology.”

Dr. Rotenberg said, “I have no connection or particular interest in astrology besides knowing the signs of the Zodiac in Hebrew and not in English. I think it’s simply narishkeyt”- the Yiddish word for “foolish. He commented that the phrase that Jews use at fortunate events, “mazal tov,” is actually in reference to the constellations. “There are mentions in Scripture of planets and constellations and time of birth affecting your fate in life somehow. This argument seems to be confirming that there are real forces in the world but what is in question is if they affect Jews.” He also noted that in Polish and other ancient Ashkenaz synagogues, the decorations often include Zodiac mosaics.

Dr. Rotenberg posits that there are two polar ways to look at astrology through a quote from Jeremiah 10:2-3: “Thus said the LORD: Do not learn to go the way of the nations, And do not be dismayed by portents in the sky; Let the nations be dismayed by them!” He interprets this to mean since Jews should not follow the ways of non-Jews, astrology might exist in some form, but it might not apply to Jews. “But this pasuk continues to say, ‘For the laws of the nations are delusions’- maybe astrology is just foolish after all.” Dr. Rotenberg concluded that “it is difficult to say as a blanket statement that astrology and Judaism conflict, but what I do know that every person you ask will have a different answer based on whatever Judaic background they have.”