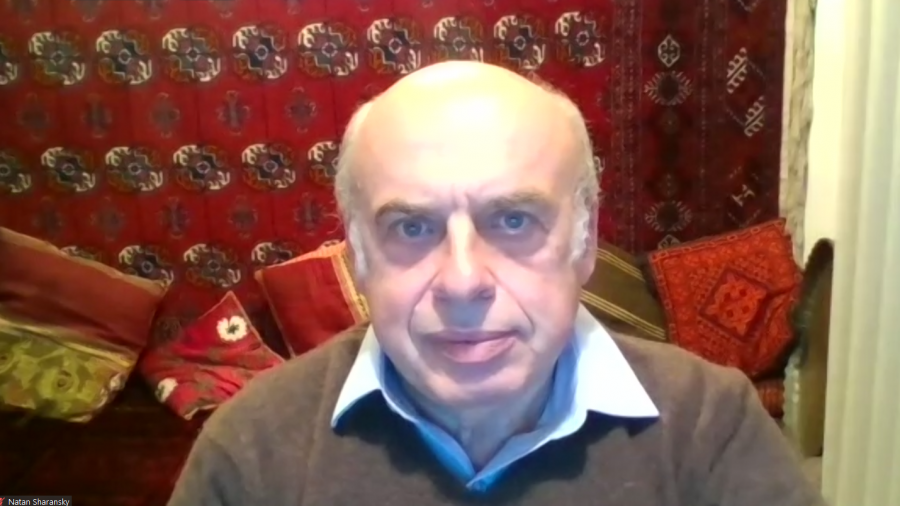 Growing up in a home of Borscht and Babushkas, I realized that my school didn’t have the same cultural influence I did. Once I found my Russian community in Ramaz, I realized that I can bring my home to school, and make my school a home. Ariella Goloborodsky and I founded the Russian Culture Club as a place of representation, learning, creativity, culture, community, and a home for students with an FSU (Former Soviet Union) background. We encourage students with and without Russian heritage to join and learn more about our culture.

The club engages in all sorts of activities; from learning about history and literature to listening to music and cooking classes. Our first meeting this year focused on the plan for our monthly meetings and common Russian superstitions such as: placing keys on your table will make all your money disappear. Some students contributed superstitions they grew up with in their own homes.

Our second meeting began with an inspirational QOTD (Quote of the day) by Alexander Pushkin, a famous Russian poet,“It is better to have dreamed a thousand dreams that never were than never to have dreamed at all.” Throughout this meeting we talked about the five W’s in regards to the FSU. Then, we looked at several maps that displayed the 15 states of the USSR and discussed the Jewish lives in several of them before and after the break-up of the FSU. We also learnt about traditional foods from each of the states and concluded the meeting with a fun and engaging Russian trivia Kahoot.

This year’s speakers were Natan Sharansky, an Israeli politician, human rights activist and author who, as a refusenik in the FSU, during the 1970s and 1980s, spent nine years in Soviet prisons, and Gil Troy, a distinguished Scholar of North American history at McGill University. They published a new book called “Never Alone”, and hosted a live panel about it.

We also had several spontaneous meetings this year to speak about current events and politics in the FSU after its fall. We discussed the various political and military conflicts that have arisen in the FSU such as the war between Armenia and Azerbaijan, and Kyrgyzstan’s state of emergency. Another meeting focussed on Russia and the Biden Administration.

During our pre-Passover cooking meet, my Babushka and I led a class on how to make Deruny, shallow-fried pancakes of grated potato, and Kompot, a sweet fruity beverage that may be served hot or cold. She spoke of some of her Passover traditions from the FSU such as repainting all the walls of her home and how her mother would make matzah from scratch. She also spoke of the antisemitism and harsh conditions in Russia that made it difficult for her and her family to peacefully celebrate Passover, unfortunately a holiday they had to celebrate in hiding.

“Baking with my Babushka,” a charity cook-book project I was inspired to start by my great-grandmother Elka z”l, whom I am named after. My Babushka, Bella, taught me three of the most important things she learned from my great grandmother, the recipe to culture and tradition: cuisine, stories, charity.

The five senses connect through the three steps of the recipe. Cuisine engages smell and taste, stories open our ears to new knowledge and lessons, and charity touches the hearts of the ones we help. Once the recipe is complete, the result is a sight that brings about a smile.

This project aims to bring culture into every home in a way that gives back to individual families as well as the entire Jewish community. Each page of the cookbook will have four components: The name and image of the dish, your recipe, a picture of you and your grandparent, your shared story. Each student will interact with a grandparent in order to find a recipe, creating a bonding experience. While the student and their grandparent work together to prepare the dish, the grandparent should tell a story that relates to their heritage that teaches the student a lesson. The student will gain a new outlook on life through a wiser lens, one that will be shared with everyone who purchases the book. Once the cook book is put together, the purchases will be directly donated to The Blue Card, an organization that provides financial assistance to poverty-stricken Holocaust survivors.

There is going to be an upcoming meeting on the Great Patriotic War, where several students and their grandparents will present their families war stories and show some patriotic medals. We have all sorts of plans for the future such as collaborations with other clubs and field trips planned for after Covid-19. The Russian Culture Club is excited to RISE with Ramaz. до встречи!