LGBTQ+ In Ramaz and Its Policies 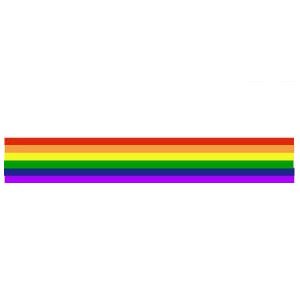 In recent years, Orthodox Judaism has increasingly recognized the LGBTQ+ community. Perhaps this is most visible in the implementation of inclusion policies by several Yeshivot, which recognize, accept, and welcome students who are members of the LGBTQ+ community. Eshel is an organization in support of these inclusion policies. Their mission “is to create a future for Orthodox lesbian, gay, bisexual, and transgender individuals, and their families.” According to Eshel, some Yeshivot that have a full inclusion policy are: The Frisch School, Shalhevet High School, Ma’ayanot Yeshiva High School for Girls, Beth Tfiloh Dahan Community School, and SAR High School. Other schools have partial inclusion policies, such as Robert M. Beren Academy, DRS – Hebrew Academy of Long Beach, Katz Yeshiva High School, Columbus Torah Academy, and Kohelet Yeshiva High School. As an example, Frisch’s inclusion policy states: “With full and unwavering commitment to all halakhic precepts, and in consultation with leading rabbanim, we commit to the following with regard to gay students: We commit that our Yeshiva will be a place where gay students are treated with the respect and caring that all students deserve. They will be welcomed to participate in the full range of educational, co-curricular, and religious opportunities offered by our school.”

The Ramaz school does not have an inclusion policy of this sort. Would it be beneficial? What is the perspective of the LGBTQ+ community at Ramaz? “It is a good question to think about whether or not it is time for there to be a more formal inclusionary language,” Ms. Krupka, Dean of Faculty, told the Rampage. “We obviously have our mission statement of menschlichkeit, in which all people, no matter who you are, are people to accept and be part of our community. We also have our harassment, bullying, and social media policies, which include everyone.” This topic has clearly been discussed by the administration. Currently, they are working on rewriting Preludes, the student manual, and plan to incorporate student input. Ms. Krupka feels that it is absolutely beneficial to insert a formal inclusionary policy.

Ramaz has brought in Orthodox gay speakers to discuss their experiences. Further, they have reached out to alumni regarding this issue. “I’ve spoken to alumni who have come out after graduating, to ask them about their experience of being gay at Ramaz- even not out, and why it took till after high school to come out. I’ve had a lot of discussions about cultural experience with kids about being gay at Ramaz,” said Ms. Krupka.

Interestingly, although Ramaz accepts gay students, Ms. Krupka noted that most yeshiva kids don’t come out until after high school, although it is very possible that this is changing. Is this because the students felt that homosexuality at an Orthodox school would be frowned upon? “What could the school do either formally, from a policy perspective, or a cultural perspective- what could we have done differently to make you feel like coming out in high school wouldn’t have been safe and acceptable? Was it Judaism or just adolescence? I’ve thought about this a lot and I’ve had a lot of conversations with kids. They said that they never felt comfortable coming out in high school. They didn’t think that it was because they thought that they wouldn’t be accepted, but more just because it wasn’t talked about enough.” Ms. Krupka agreed that there wasn’t enough of a dialogue about homosexuality. She explained that most of the time the topic surfaces in a context that is in tension with Judaism, when it should arise in other areas as well. “It’s not there in the culture enough to make it feel normalized. Ms. Krupka told the Rampage that this would have to include both faculty and students together. Faculty members who are gay should be told that they can be open about their partners. Knowing that they are supported by Ramaz would undoubtedly help students feel that they don’t have to hide. She commented that there is both a teacher perspective and a student perspective – is Ramaz creating a culture amongst our students in the way they socialize and the way they interact to ensure that these students feel comfortable? Ms. Krupka suggested running certain programs, such as having a panel of alumni who are now openly gay or collaborating with organizations that work with kids who are trying to come out. “We need to get the conversation rolling more,” she said. “Being gay can’t only show up in a book you’re reading in literature or a judaic studies class that’s talking about homosexuality and Judaism. Being gay has to be something that we talk about because it’s part of people’s identity.”

Students were also asked their opinions on this subject. Some are in favor of the policy. “Ramaz should most definitely have a formal inclusion policy,” says Sarah Silverman ‘24. “LGBTQ+ rights are a necessity and a daily aspect of life. We can’t just ignore them. Therefore even though we go to a religious school, where people don’t like to talk about these issues, we have to talk about them.”

“I think that an inclusion policy is a great idea,” says Liam Gomberg ‘24. “However, since I’m not part of the community, I feel like it’s not really my place to have an opinion.”

Rebecca Kalimi ‘23 told the Rampage: “I think that Ramaz, as a yeshiva and a private school, has no obligations or reasons to instate an inclusion policy but I think that Ramaz as a school normally stays up to date with accepting new advancements in society. An inclusion policy would ensure students that are part of the LGBTQ community would feel more comfortable in school and know that they are safe in the Ramaz community, which I think is something very important to the Ramaz administration.”

It seems as though most students support an inclusion policy. However, there are some who oppose it. A sophomore boy said: “I am against an inclusion policy for LGBTQ+ students, as the Torah and other halachic sources forbid homosexual intercourse and cross-dressing. Although, we should not ostracize these students, because the actual sin is in committing these actions- not thinking of doing them.”

The Ramaz administration has put significant thought into this very important topic. As summed up by Head of School, Mr. Jonathan Cannon, “As members of our community are learning about how they understand their sexual identities, it is essential that Ramaz develops inclusion policies and procedures to ensure that LGBTQ+ students feel safe, supported and that they belong in our community.”