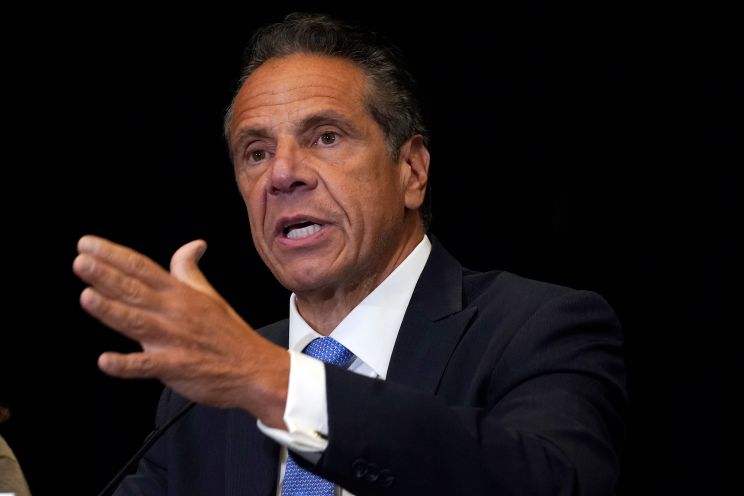 Andrew Cuomo, the New York State governor, has been the topic of discussion within New York for months. Discussions among New Yorkers began with Cuomo’s COVID-19 guidelines, including a scandal involving the spread of COVID-19 in nursing homes. This past summer has been no different, as he announced that he would be resigning as governor; a report concluded that he had sexually harassed 11 women. This horrific, now public information pressured New York’s former governor into resignation. Cuomo was ultimately removed from office on August 24 and replaced by Democratic Kathy Hochul, who was formerly lieutenant governor. This change in leadership happened at a crucial time, as COVID-19 cases went up and  schools prepared to reopen; this occurrence left parents, students, and administrators with a sense of uncertainty. The feeling is no different at Ramaz. Ramaz has set its protocols but now will have to revisit and revise them according to the actions of Governor Hochul and the state.

As the school summer break continued, the delta variant of COVID-19 started to become present in the news and in people’s concerns. It seemed that with this new, dangerous, and highly contagious variant, restrictions would tighten up again, especially going into the school year. So when New York authorities announced that they were allowing local school officials to decide on their own Covid protocols and restrictions for in-class learning, it came as a surprise.

Now with Cuomo’s resignation and departure from office, the guidelines are going to change. Governor Hochul announced a plan to put a universal mask mandate into effect. Anyone entering schools in the New York State area will be required to wear a mask. In addition to this, all school personnel will have to be vaccinated. If someone is not vaccinated, he or she would have to submit to weekly testing.

These new mandates will not affect students at Ramaz, as an email the Ramaz administration sent out at the beginning of the summer says, while indoors, students will be required to wear masks. Since these protocols were in place before Cuomo’s resignation, and students were expecting to be masked even before Governor Hochul’s announcement, this does not change how Ramaz students are going into this school year.

I believe that the change will be in the mindset of the students and faculty. Since the beginning of summer, Cuomo had been very expressive that New York is “beating Covid.” Saying we could win against the virus. I do not see it that way. Yes, the numbers are going down, but Covid will be a part of our realities for a while and is not something that can be definitively beaten. I think Hochul’s precautions, like the mask mandate, will show just that. As students go back to school, they will be more cautious because now it is not just Ramaz’s precautions, but also the precautions from the New York State Department of Health and our new governor.