To Enforce or Not to Enforce? A Question of Traditional Expectations 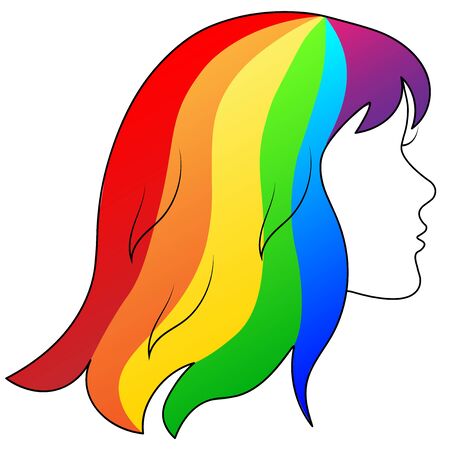 The rules and regulations dictating how students are permitted to appear during school are important. In many ways, they demonstrate the economic principle of opportunity cost; while some potential gain may be lost when choosing to attend a religious institution like The Ramaz School, there are numerous other benefits, like a strong dual curriculum and a tight-knit student body. As a private school, Ramaz reserves the right to require students to forfeit some privileges to remain in compliance with the school’s guidelines. The dress code by which we abide at Ramaz is one such example. While some restrictions are important and justified, some of these restrictions do little to uphold the principles they claim to. Specifically, the enforcement of restrictions on artificially colored hair dye and body modifications such as piercings. Our institution claims its restrictions on these avenues of self-expression are guided by Tznius principles of upholding modesty. If that is the validation, why does the foundation for Jewish law, the Torah, dictate otherwise?

Do restrictions on the use of artificial hair dye preserve modesty? As stated in the dress code: “At its root, [the concept of modesty] calls for introspection regarding one’s entire posture and personality; externals are merely the outward manifestation of internal values and ideals.” What internal values are revealed when an individual chooses to color their hair? Coloring hair is a function of self-expression like any other fashion choice. Yet, if it is to be argued that dyed hair is indicative of negative values internally, and as such, deemed inappropriate, what values exactly is the code alluding to? In the Jewish faith, there is no evil quality associated with the color blue, or red, or pink, for that matter. With this understanding, it seems possible that the decision to ban colorful hair is based on assumptions, stereotypes, and biases towards groups of people with artificially dyed hair.

The code goes on to state that its intention is to “create an environment in which tzniut values and ideals can be expressed or pursued by both men and women in ways that all can be made to feel comfortable.” When restrictions are enforced upon students’ ability to express themselves, the exploration of identity can be stifled. Worse, policies that attempt to limit how we present natural parts of our bodies have a history of unfairly targeting marginalized communities that use hair as cultural markers and expressions of identity. This is one of the major problems with including hair in rules dictating social convention and etiquette. Further, the insinuation that artificial hair color detracts from the goal of “respect and dignity” in the learning process carries weight for those whose identities are inextricably tied to expression through hair. Why should someone else’s hair color make another uncomfortable? The most significant source of discomfort results from limiting self expression. The treatment of alternate hair color as a negative manifestation of internal values reveals a lack of respect for students’ preferred appearance. In this way, the aspects contradict themselves.

While enforcing students’ dress code is reasonable for religious and modest purposes, these policies begin to surpass their purpose when they exert control over our body parts. In the boys’ section of the Dress Code Policy it states, “Facial hair growth in the form of beards and mustaches is not permitted.” Requiring the removal of natural hair growth takes away students’ bodily autonomy and furthers the stigma surrounding hair deemed inappropriate for the workplace. Additionally, the prohibition on body modifications, like piercings, has no basis in the Torah or modesty.

Body piercings for aesthetic reasons were the stigma surrounding hair deemed inappropriate for the workplace. Additionally, the prohibition on body modifications, like piercings, has no basis in the Torah or modesty. Body piercings for aesthetic reasons were actually practiced in the Torah. For example, Eliezer gifts a nose ring to Rivka. As mentioned in the Talmud, and during the time of the Golden Calf, Aaron tells the Israelites to bring their wives, sons, and daughters golden earrings to him, implying that men and women wore piercings at the time. It is also a common misconception that body modifications, especially tattoos, prohibit Jews from a burial in a Jewish cemetery.

Despite Ramaz’s position as a private Yeshiva that has the autonomy to dictate any dress code decided, the rationale supporting the aforementioned  policies seems aimless and incongruous, as well as constraining and repressive. In this way, some of the aspects informing our dress code do not serve their intended purposes. When it comes to choices regarding hair styling and body modifications, there is an over-reliance on abstract ideas, which, when applied to material circumstances, become problematic. By eliminating these restrictions, we can ensure an environment in which respect, dignity, and comfort for all is maintained.