Mayor de Blasio: How Not To Run A City 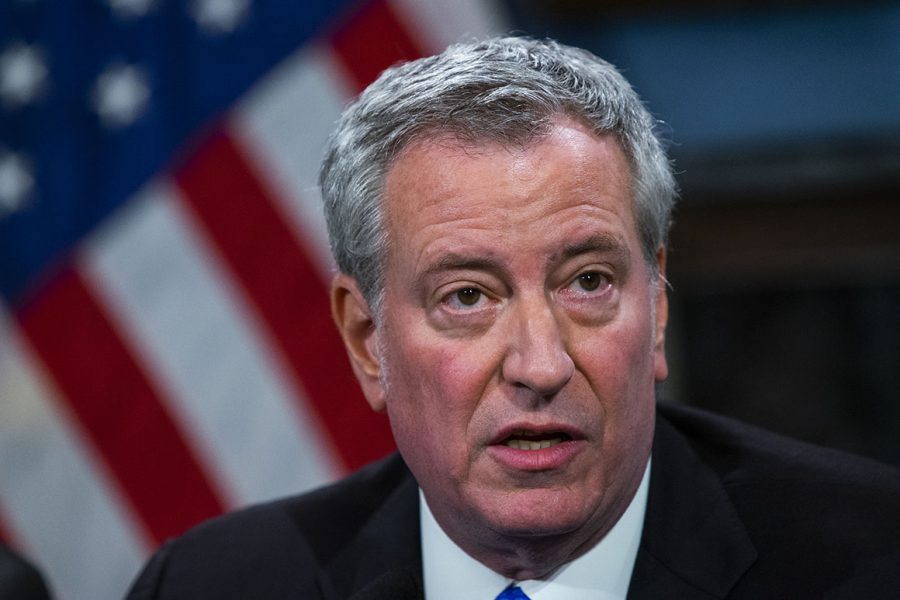 There are two jobs that are most difficult in America: the first is being President of the United States, and a very close second is the Mayor of New York City. Despite this fact, New York City has its fair share of terrible mayors, from Fernando Wood to our most recent, and one of the worst this city has seen: Mayor Bill de Blasio.

Bill de Blasio, born Warren Wilhelm Jr., is the 109th Mayor of New York, and he started his mayoral career in January of 2014. He has been making bad decisions for the city ever since. First, to give credit where credit is due: he did accomplish most, if not all, of what he promised when he assumed his position seven years ago. For example, he implemented universal Pre-K and shut down the corrupt and disgusting practice of Stop-and-Frisk. However, the issue with his governing lies not in his policy per se, but in the man who is at the center of it.

Mayor de Blasio comes off as arrogant and preachy, stubborn and sanctimonious. This personality is what makes many people hate him and what makes me dislike a politician who by all means I should love. He is a Progressive Democrat undoing all of Mayor Bloomberg’s terrible policies, and instating policies like a 15 dollar minimum wage and longer paid sick leave for those that need it. These implementations are brilliant, and need to be in place when it comes to a city as populated and massive as New York City.

So why do I dislike our former mayor? First of all, he has decided to work not in the luxurious Gracie Mansion that he and every mayor before him lived and worked in, but instead in a YMCA in  Brooklyn. This has led to him taking a private car plus a police escort back and forth every day for the past seven years. For a progressive, this is a massive attack on the environment and God only knows we don’t need more cars clogging up our city streets. Second, Mayor de Blasio has an obsession with coming late to events, leading to a bad relationship with the press. For example, he consistently shows up late to press conferences, and when he finally does show up he is condescending and obnoxious, all the while the reporters he keeps waiting are writing and tweeting away about their issues with the mayor. As a result, after these press conferences, the news networks bad-mouth the mayor. Mayor de Blasio has taken this lightly, having a pin made for his campaign in 2020 that read “Make America Late Again.” And this is not only physical lateness but also lateness to solve issues posed to him.

“He’s a progressive who’s very conservative,” said George Arzt, a longtime democratic operative in New York who was press secretary to former Mayor Ed Koch. “He likes to take leftist stances, but he is always late to solving issues [accordingly]. He thinks about the issues too much before he can make a decision.” This lateness has been noticed a few important times. In 2018, when he was confronted about the rise in bus and subway fares as well as a possible racial bias when it came to the cops dealing with fare dodgers, Mayor de Blasio said he would be happy to help with the issue and was prompted to help create Fair Fares, a city program that deals with this issue. Mayor de Blasio did nothing to help, with Fair Fares stating the issue only received attention when City Council Speaker Corey Johnson got involved.

Now onto the most recent issue with the mayor: COVID-19. Mayor de Blasio, surprisingly enough, handled the beginning of the pandemic well, delivering on his promises of getting vaccines out to people and keeping New York City somewhat safe. This, however, has gone downhill recently. Mayor de Blasio has acted hypocritically; for example, he went to the same Brooklyn gym right up until he was forced to close all gyms down due to the pandemic and was so worried about shutting down playgrounds that Governor Cumo had to do it instead.

In April of 2020, in a WNYC interview, de Blasio stated that he had learned only 48 hours earlier that asymptomatic people could spread the virus. This is the kind of statement that would get any other politician met with calls for his mental clarity and yet was completely overlooked by New York. I think that, all in all, Mayor de Blasio has proven himself time and time again that he is borderline dangerous for the city and dangerous for the future of the progressive movement in not only NYC but also America in general. I hope that Eric Adams, the new mayor, will be better than our current mayor.