Differences Between Girls and Boys Classes 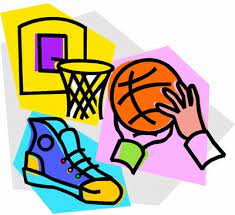 According to New York State law, all students must have physical education as one of their courses throughout high school. The basis of this law is to ensure that both boys and girls have physical activity within their academically packed weeks. It has been shown that an active lifestyle can reduce risk of depression and other health issues, which ultimately leads to more academic success as well. Throughout history, athletics as they pertain to the different genders have been treated differently. In the professional world, there is often a heavier emphasis and advertisement of men’s sports. At Ramaz, though it may not be because of the same reasons, there are major differences between the boys’ and girls’ gym classes — separated by a Mechitza.

In the girls’ gym class, the students follow an organized curriculum in which there are units for each sport. The students spend a couple weeks on one sport, then move on to the next. The curriculum includes common sports, such as basketball, soccer, hockey, etc. Starting this year off with volleyball, the female gym classes have now moved on to the step aerobics unit. As step aerobics isn’t a well-known sport or workout amongst teenagers, many wondered why it’s included in the curriculum. When asked about this question, Ms. Cohen explained, “It is a great way for the students to move and sweat and get their heart rates up. I wanted them to know that there are other ways of getting exercise besides playing sports, plus it gives the non-athletic students a chance to excel at dance, choreography and movement which is something they may not be able to show if they are playing sports.”

Both the male and female classes must consider the different range of students — athletic to non-athletic. When Mr. Witkes was faced with this hurdle, he decided to structure the boys’ class in a completely different way. Their classes have no strict curriculum that must be followed. Mr. Witkes simply allows the boys to play their preferred sport, making sure everyone is involved. Whether it’s a game of basketball or spike ball, the boys always have the option to play something they enjoy. Although one could argue this method can lead to students taking advantage and not participating in physical activity, it seems to be working for Mr. Witkes.

When asked about it, Emy Khodorkovsky ‘24 stated, “I definitely like the way gym class is run because it just gives me time to run around and exercise in its purest form. It grants me the freedom to choose what to do”.

Despite the two different structures, both are tailored to a variety of students within the student body. Physical education at Ramaz aims to focus not only on athletics but also students’ enjoyment and involvement in gym class.