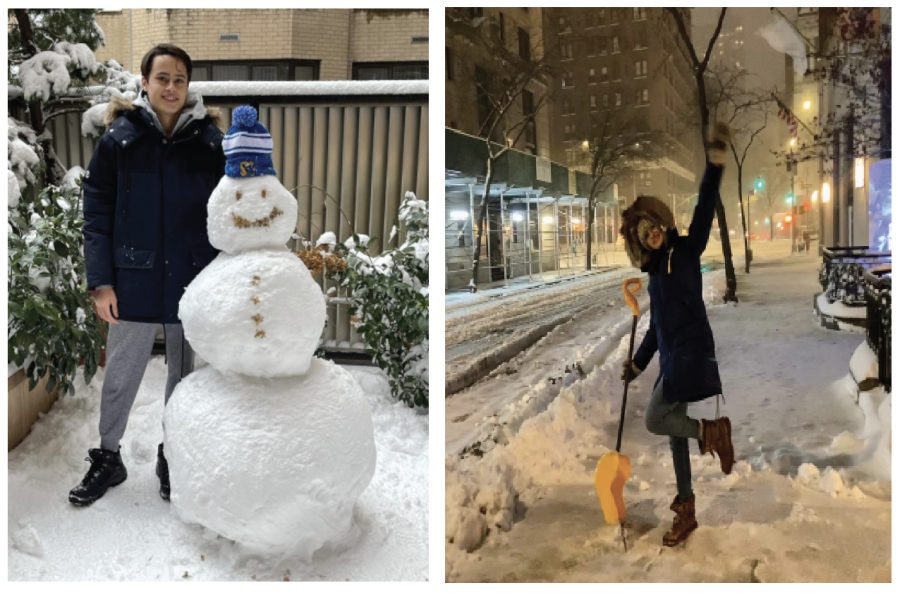 While entering yet another year of the pandemic, the debate of whether snow days should become remote learning days has become relevant yet again. Students want to know whether Zoom will replace what were once snow days. We have just had our first snow day of the year on January 7th, 2022 and indeed it was a regular snow day, no remote learning. However, the plans for the next snow days do not resemble what had happened for the first. During an interview with Ms. Krupka on December 22nd 2021, before the decision regarding snow days was confirmed, she predicted, “Although we don’t know for sure yet, for the first snow day, we might just call it a snow day, but if there were multiples, then we would go to some sort of schedule of Zoom learning.”

Ms. Krupka acknowledges the likelihood of only one true snow day and is aware that the students would rather have all snow days be days off from school; she agrees. In an email from Mr. Cannon sent on January 5th, he writes, “The first snow day of the year will be a full day off with no remote or in-person learning… Please plan for subsequent snow days to be remote learning days.” While Ms. Krupka’s speculations were confirmed,  she also offers a potential and reasonable compromise. Now that remote learning has been finalized as the plan for more than one snow day, the schedule may be modified to shorter and less stressful hours for those days. Ms. Krupka said, “I could also see maybe having some sort of modified schedule, so that you’re not like sitting at the computer from 8:15 or 8:45 until 4:40… something more like 10:00 to 2:00 and only some of your classes will meet or something like that.”

Not only does Ms. Krupka feel that this is a fair middle ground, but so do students. For example, Eric Kalimi `22 says in reference to remote snow days, “We would still get to sleep in because there wouldn’t be any commuting time. It wouldn’t be the same but at least it’s something.” Eric feels that ideally, classes would be fully canceled but he is still appreciative nonetheless. He also agrees with Ramaz’s decision to limit the number of snow days with no classes. He says, “I think we should have off for the first one or two days, but if the number of snow days is excessive then they could use Zoom days.” Eric feels that the school is being fair and reasonable. The administration’s final decision has been set in place and is resulting in some remote learning, however they are being reasonable and understanding.