A Time of Giving Back: The New Orleans Service Trip 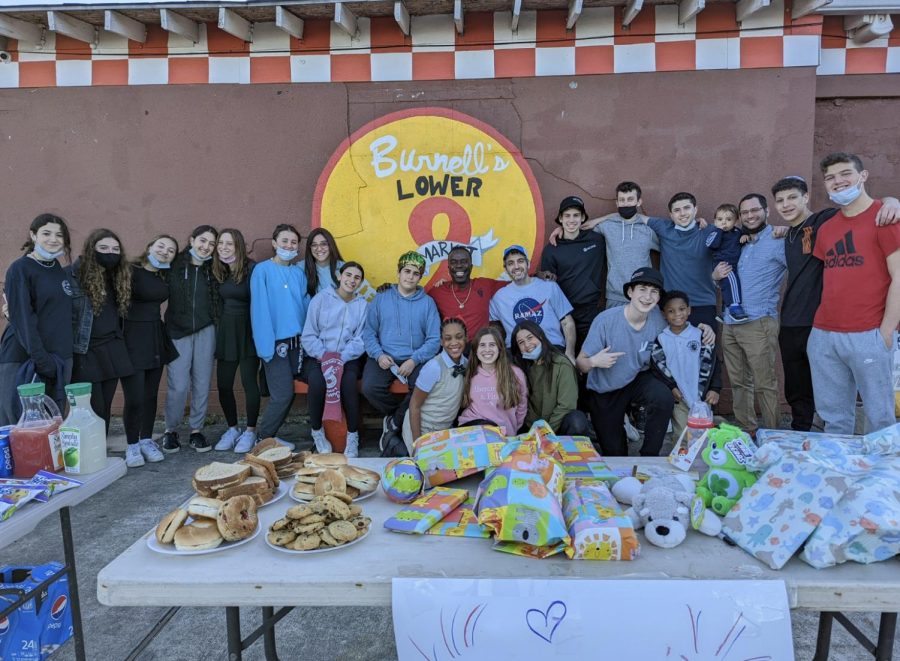 This past intercession break, 16 Ramaz students traveled to New Orleans to assist families that were affected by Hurricane Ida. The service mission lasted five days. During this time, the students participated in all sorts of activities and left a lasting impact on many families in need.

On their first day in New Orleans, students worked together with NECHAMA, a Jewish disaster relief organization, and the IOCC, International Orthodox Christian Charities, to help demolish the Monet family trailer. The Monet family was living in a trailer that was damaged by the hurricane and flooded by the tropical storm which followed. They needed to demolish their damaged trailer so that they could get a new one. The husband and wife were an elderly couple, and they couldn’t take their home apart by themselves. It would have cost them at least $5,000 if they had to pay someone to demolish their home, which they could not afford. “The Ramaz students gave the Monet family not only a place to rebuild a home but a sense of community. We were able to comfort them and show them that there are people in the world who care and want to help them,” said Stella Hiltzik ‘25.

The students worked together as a team to remove the metal outskirts from the trailer house, remove the wood paneling, the plastic tarp, the windows, everything inside the house including the walls, tiles, floors, etc. using drills, hammers, crowbars, and saws. Everyone worked really hard to help out this family and save them lots of money. Students could feel that their hard work paid off.

The Ramaz students spent Shabbat at Beit Israel, where they learned about how the shul was badly  damaged by a previous hurricane, Hurricane Katrina. The water inside the shul rose eight feet. All the sfarim and sifrei Torah were destroyed and had to be buried. The students were also told that the shul has still not recovered to how it was before Hurricane Katrina.

On Sunday the students returned to help the Monet family again. They finished demolishing the trailer and then began demolishing another house to help out another family. The students helped take apart the living room, which flooded during the hurricane, so that they could then hire a professional to check out the frame of the house and decide whether or not it was worth repairing the house or completely demolishing it and then rebuilding it.

On Monday, the students volunteered with NOLA Tree Project to plant trees in a community of veterans suffering from brain damage. The students as a team planted 15 trees and also helped re-paint signs and pick up trash.

Lastly, the Ramaz students went to help out Mr. Burnell, who had opened a local grocery store in his neighborhood when he noticed that people in his community were having to take three buses to travel to the nearest supermarket. Mr. Burnell’s grocery store was completely destroyed during Hurricane Katrina, and he spent all of his savings on rebuilding his grocery store in order to be able to serve his community. The students all had the opportunity to help out Mr. Burnell and the community by distributing food and gifts to children and families who lived in the community.

In addition to all the amazing chesed which they were doing for communities, the students participated in many fun activities. They went to Rock ‘N’ Bowl, buggy riding in the French Quarter, ate delicious beignets, went to a jazz concert, and even had time to explore the historical French Quarter.

Though the service mission has ended, the students are not finished. They have chosen to continue to expand on their impact and they worked together to spread awareness about the people struggling in New Orleans and helped raise money for Mr. Burnell’s other project, an internet cafe, which will provide his community with access to WiFi and computers.